Back by popular demand, The Man & The Mouse returns to Joburg Theatre. From the creator of the smash-hit “Simply Broadway”, this one-of-a-kind musical tells the untold story behind the music, movies and life of Mr Walt Disney. 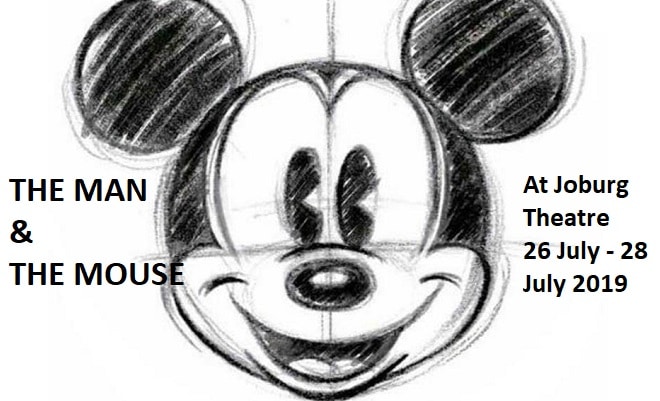 The creators of the acclaimed “Simply Broadway” and “My Favourite Things”, bring you “The Man & The Mouse” at Joburg Theatre this July. Back by popular demand, this fantastic musical retells the story of Walt Disney’s meteoric rise to fame. From his early rise to success, his death, the Disney Renaissance and the eventual incomparable rise of the Disney empire, the show provides a behind the scenes look at what really happened. The story is guided along by your favourite Disney songs, which have been stripped down and re-arranged into an intimate and edgy showcase of classic Disney magic. The show re-imagines the music from the likes of Mary Poppins, The Little Mermaid, Pocahontas, Beauty and the Beast, Aladdin, The Lion King, Toy Story, Tangled and Frozen. Ultimately, the show is a heartfelt, goosebump inducing, grown-up homage to the incredible creations of Disney. This show is a must-see for Disney fans!

Tickets cost R200 per person. Book yours via Webtickets.

Contact the theatre Box Office on 0861 670 670 or via email at info@joburgtheatre.com