Est. Reading: 3 minutes
Whether you're staying in or headed to the cinema, we absolutely have to tell you about what's happening on the big (and not so big) screen(s). So, don your summer threads and break out the sunscreen because these movies and TV shows are hotter than a Highveld heatwave. 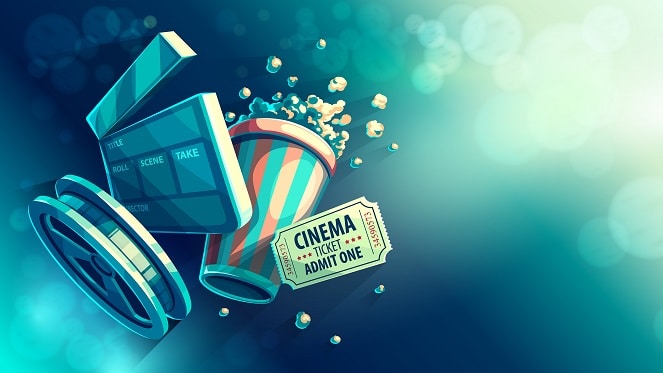 Star Kevin Hart and producer Will Packer, who partnered for the hit Ride Along and Think Like A Man series, bring their signature style to Night School. Based on a story by Hart, the comedy follows a group of misfits who are forced to attend adult classes for the long-shot chance they all pass the GED exam.

1981 – RECCE, Henk Viljoen is wrongfully declared KIA behind enemy lines. Abandoned by his superiors, it's a race for survival in which his mental and physical abilities are pushed to their limits. Henk must navigate his way through the treacherous Angolan war zone in an effort to make his way home to his loved ones.

From the outer reaches of space to the small-town streets of suburbia, the hunt comes home. The universe's most lethal hunters are stronger, smarter and deadlier than ever before, having genetically upgraded themselves with DNA from other species. When a boy accidentally triggers their return to Earth, only a ragtag crew of ex-soldiers and a disgruntled science teacher can prevent the end of the human race.

The incredible true story of a stray dog and the bond he forged with the doughboys of the 26th "Yankee" Division at the onset of America"s involvement in World War I. For his valorous actions, Sgt. Stubby became the most decorated dog in U.S. Army history.

In her theatrical director's debut, Nkuli Sibeko presents Table Manners, a story about love, family and food – life's trifecta, of course. Megan (Diaan Lawrenson) loses everything when her husband Lloyd (Neels Van Jaarsveld) gets arrested for tax fraud and has to rebuild herself by rediscovering her love for cooking and the flavours of life. Down on her luck and facing jail time, Megan has to discover who she really is. With the help of her best friend Lindiwe (Renate Stuurman), she learns that the path back home begins with realising that she is enough and all she needs is her family, food and love. Life’s the courses made easy.

City of Joy follows the unlikely friendship that develops between Congolese doctor, Dr. Denis Mukwege (2016 Nominee for the Nobel Peace Prize), The Vagina Monologues playwright, Eve Ensler, and a charismatic Congolese human rights activist, who join forces to create a safe haven for women survivors in the middle of violence-torn Eastern Congo.

The incredible true story behind the most controversial Italian court case in recent years. Stefano Cucchi was arrested for a minor crime and mysteriously found dead during his detention. In just one week, a family is changed forever.

Norm Macdonald Has A Show The Angel is the true story of Ashraf Marwan, who was Egyptian President Nasser's son-in-law and special advisor and confidant to his successor Anwar Sadat, while simultaneously one of Israeli Intelligence's most precious assets of the 20th century.

Get to know the opulent lifestyles and famous families of Mexico City's socialites, and the expats vying for a spot in their exclusive social order. The show is produced by Love Productions USA and includes Richard McKerrow, Kevin Bartel and Brandon Panaligan as executive producers, and Lauren Volonakis and Matthew Moul as co-executive producers. It's a biodiverse world at Walter Sisulu Botanical Gardens