Verdi’s beloved three-act opera, Rigoletto is headed to the Brooklyn Theatre in Pretoria featuring a local and international cast. This full-scale production of Rigoletto promises not to disappoint as there is the required full male chorus and a legion of seasoned performers. Take the drive out of Joburg for this one – we assure you that it will be worth it! 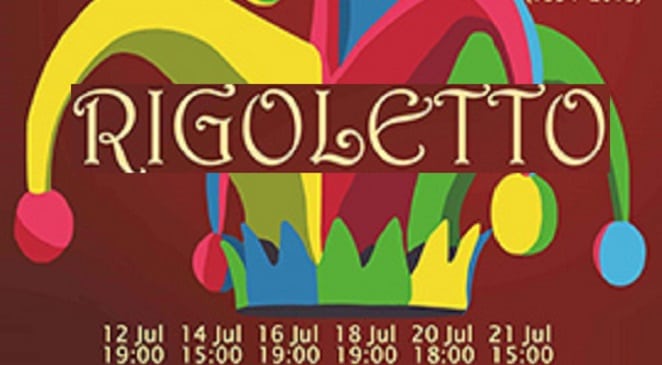 Verdi’s much-loved opera, Rigoletto returns to the Brooklyn Theatre. However, this time there will be no shortcuts, as the opera will be staged as a full-scale production with all singing parts.

This three-act opera tells the tragic tale of Rigoletto, a cruel jester by day, loving father by night. Rigoletto is well aware of the dangers his daughter Gilda faces in the court of the depraved Duke of Mantua. Sadly, his efforts to keep her hidden away are in vain as the unscrupulous Duke finds Gilda and seduces her. To avenge his daughter, the jester hires an assassin, but a curse upsets his deadly plan. Inspired by Victor Hugo’s play Le roi s’amuse, this fast-paced opera delivers a succession of famous arias and choruses.

The cast includes singers from abroad, as well as local shores. Italian baritone, Gulio Boschetti plays the part of Rigoletto. He is a well versed Verdi singer, having performed in the likes of Don Carlos and La Traviata in many  major opera houses across Europe. Straight off of a run of Rigoletto in Vienna, American soprano, Leah Manning takes on the role of Gilda. Spanish tenor, Sergio Tallo-Torres, concludes the main trio as the Duke of Mantua.

Book your tickets now, or miss out on this opera spectacular!

Winter Market at the Johannian Club

What Is It? The Johannian Club is located on the St Johns College property. The club is the official meeting......