Home » Top 7 Shows To Keep You Entertained This June

Est. Reading: 4 minutes
Wondering what shows to watch this month? Then be sure to take a look at this list of musts for the month of June.  There are some goodies in this list, so be sure to grab some popcorn and a cosy blanket, and view these on your TV screen over the weekend. 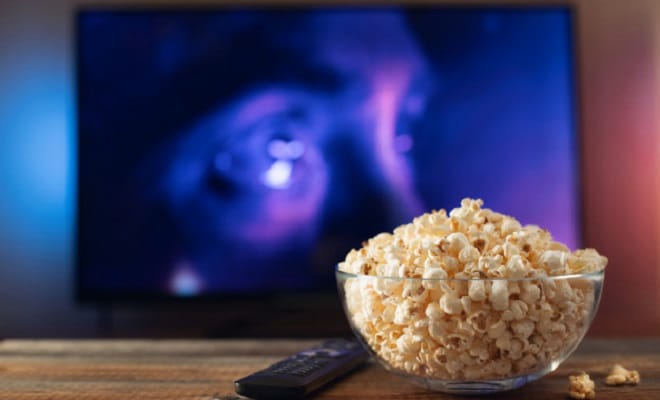 The critically-acclaimed first season of Ted Lasso was so popular with audiences that news of an imminent second season comes with little surprise but much excitement. It follows the antics of Ted Lasso – an American football coach tasked with leading an English Premier League soccer team for those unfamiliar with the show.

If that sounds hilarious to you, you are right, and if the premise isn't enough to convince you, the stand out performance of Jason Sudeikis will quickly have you hooked. The success of the first season has made this one of the most hotly-anticipated shows of the year.

The show will pick up with Ted and Rebecca immediately after AFC Richmond was unceremoniously relegated from the Premier League at the end of season 1 and premiers on AppleTV+ on 23 July.

Loki is one of the most underrated heroes in the Marvel Avengers series. He is a big fan favorite but is often portrayed as a relatively minor character constantly in the shadow of his brother Thor. The character has had a significant impact on popular culture, appearing in the Marvel comics and the Extended Marvel Cinematic Universe.

He has even appeared in unrelated video games, such as a member of the ancient Isu race in Assassin's Creed Valhalla video game. The character can be seen in iGaming, too, as there is a slot game titled Legend of Loki that can be found in many popular Casinos like Casino Cruise, which is a decent brand in the industry as per the Casino Cruise review.

So it stands to reason, and it's about damn time that he can take center stage in the upcoming show Loki. After the events of Avengers: Endgame, it takes place, with Loki assisting the Time Variance Authority to fix all the things he messed up by stealing the Tesseract and messing with the timeline. It premieres on Disney+ on 9 June.

The Republic Of Sarah

A lot is going on with the premise of this show, so it is likely to either be brilliant or fall flat on its face, but one thing for sure is that it will be very entertaining watching to find out which. It starts off seeming like a regular legal drama about a small town fighting against a big bad corporation.

However, things soon take a turn for the unexpected when, during the legal battle, it is discovered that the town was never made a part of the United States of America. This leaves a situation where a local teacher steps up to become the new president of the Republic of Sarah.

Granted, that is a lot to take in, but it also represents a storyline with untold potential. It premiers on the CW on 14 June, and we can't wait to find out if it will be a land of opportunity or just another banana republic. Kevin Can F**k Himself

Despite the unnecessarily vulgar title, this upcoming American dark comedy shows a ton of potential to be the breakout hit of 2021. The show follows the story of Allison McRoberts in a seemingly familiar and typical 90s style sitcom. However, things quickly begin to go awry as she rebels and breaks free of her rut to start setting straight the injustices of her life.

The show's creator, Valerie Armstrong, claims the title has persisted despite some negative feedback because it perfectly encapsulates the chaos featured in the show. It isn't for shock value or to take a stab at the now-defunct sitcom television series model.

It stars Annie Murphy, of Schitt's Creek fame, and early teasers show an expert blend of multi-camera style and dark comedy that means this could be one of the surprise hits of the year. It debuts on AMC+ on 13 June and regular AMC on 20 June.

A show that probably doesn't need that much introduction, Rick and Morty is returning for its fifth season this year. Over its first four years, it has quickly become one of the most popular and beloved animated shows of all time.

Its mixture of slapstick comedy, superbly written scripts, and spoofs of sci-fi culture has gained Rick and Morty millions of fans worldwide, who will all be eagerly anticipating the latest installment to this zany series.

To keep things fresh, recent teaser trailers for the upcoming season have revealed the show's creators have decided to involve Rick and Morty's family far more in their wacky adventures, so you can look forward to seeing a whole lot more of Summer, Beth, and Jerry in season 5, which Premiers on Adult Swim on 20 June.

Now, this is an interesting one. Gossip Girl is a new version of the world-famous 2007 drama series that ran for six seasons around 15 years ago. The show was hugely popular with older teens and young adults and effectively launched the careers of several actors, including Blake Lively and Leighton Meester.

The new show is set eight years after the original show's conclusion and will feature an all-new generation of New York City's elite private school teenagers getting up to no good. It is a risky move because the first version was so successful; anything and everything this show is and does will be judged against that.

However, that same popularity does mean the show will get a whole bunch of free marketing and eager anticipation. Plenty of people will be tuning in for the premiere on HBO Max in July, but don't be surprised if they don't hang around for very long if this new version does not live up to the hype.

Featuring a premise that will resonate with so many people worldwide, Hacks is the story about Deborah Vance, a legendary Las Vegas comedian that is a bit past her sell-by date and is desperate to stay relevant by appealing to a younger audience.

To help her achieve this aim, Vance's agent hires a young writer to spice up her act and make it more entertaining for young people. The story of one generation struggling to connect with the next is very pertinent in the world right now, and Jean Smart is phenomenal in the lead role. Definitely keep an eye out for this one, which premiered on HBO Max on 13 May.