Est. Reading: 2 minutes
We take a quick look at where Braamfontein has come from and where it's going. 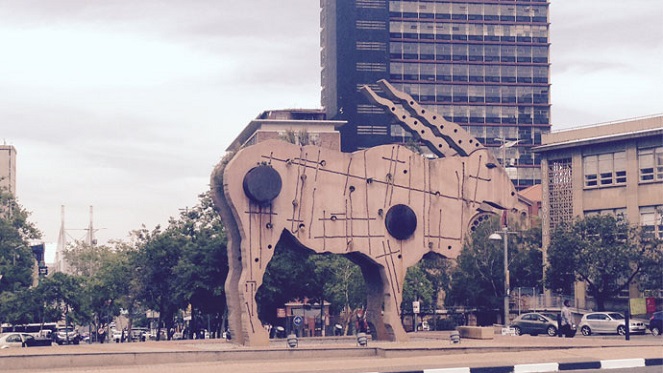 We can delve into the old origins of Braamfontein, or we could skip a couple of decades forward and tell you about how Braamies became the cool inner-city suburb we know today.

Before an influx of hipsters, bright-eyed millennials and foodies took over Braamfontein, this part of town played home to the white collar workers of yesteryear. Around 1950, Braamfontein shifted from being a city suburb filled with low-rent apartments, a handful of canteens and offices to a more prominent part of town. This came when the City Council moved offices to Braamies, the SABC relocated to Auckland Park and South African Breweries set up shop in Braamfontein (before moving to Newtown years later). Because of this, the area saw an influx of hipper Joburgers who enjoyed staying up late, hanging out in the streets and having a good time with friends. Eventually, Braamies grew into a place where inner-city workers could hang out on weekends and relax.

The suburb has since evolved into a haven of young revolutionaries, varsity students and hipsters. From its humble beginnings to being known as the "tekkie capital" of South Africa, Braamfontein has become one of the coolest spots in town to hang out. The culinary scene is booming too. It's the go-to place for a quick coffee, a chilled brunch or a big dinner. Over weekends, there is an influx of out-of-towners who hang out at the Neighbourgoods Market, have drinks at Kitchener's and party at the Great Dane once the African sun has gone to sleep.

Needless to say, Braamfontein has become a playground for both municipal government and private developers. Urban renewal in the area breathes new life into a familiar space. From the addition of the Gautrain at Park Station in 2010 to student accommodation popping up all over the place, Braamies has shaped the city more than we've come to realise. It acts as the gateway (before you cross the Nelson Mandela Bridge) into the City Of Gold. From Constitution Hill to the Orbit jazz club, there is something for everyone.

According to a handful of old school party-goers, Braamfontein saw a revival of its nightlife around 2009 when the Milner Park Hotel (now known as Kitchener's and the second oldest bar in Johannesburg) was hired by prominent DJ and music guru, Andrew Clements, to host a handful of his music session nights. This eventually snowballed into what we now know as Braamfontein today.

For a more in-depth look at good old Braamfontein, check out our Explore Braamfontein piece.