Siyabonga Thwala and Warren Masemola breathe life into the characters of Chigozie Obioma’s novel, The Fisherman at the artsy Market Theatre. When Words Come To Life

Chigozie Obioma’s novel, The Fisherman comes to life on stage at the The Market Theatre. The journey speaks of  two brothers who render the emotive behind all the darkness, violence, vengeance and crippling reality of disappointment. This adapted from a novel by Gbolahan Obisesan will be directed by renowned actor James Ngcobo thus promising to be a showstopper. 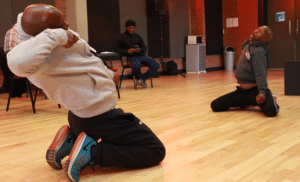 This piece is most certainly bucket list material, having been shortlisted for the Man Booker Prize in 2015 and with award winning actors Siyabonga Thwala and Warren Masemola – a rare happening is about to wow everyone.

These actors who are not new to wearing new skin and transcending into their characters are ready draw you into their world, as they relive their childhood memories through awakening the characters that played a part in all their trauma. This begins at the river where they used to fish. What will happen? You can find out by being a part of this experience. 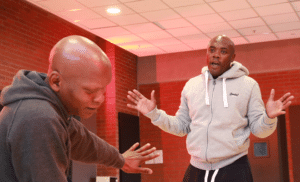 James Ngcobo who is known for his tremendous work both on and off screen, is ready to do it again and carve footsteps that will have you following every trail – directing the writing of the gifted Chigozie Obioma. The Fisherman is going to be a magical performance.

Siyabonga Thwala, award(s) winning and famously known on Isibaya, has been a part of a multitude of productions that have taken him into a stew of characters molding him into the perfectionist he is. Warren Masemola, also an award(s) winning actor has seen himself in feminine, strong and somewhat scary characters and he has nailed it every single time so you can expect a stellar performance.

With these three coming together to awaken Chigozie’s novel, there can only be a spectacular experience that awaits you at The Market Theatre. 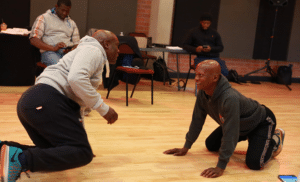 What Is It? Joburg Ballet and Fairlawns Boutique Hotel & Spa have something special in store for ballet lovers. This......