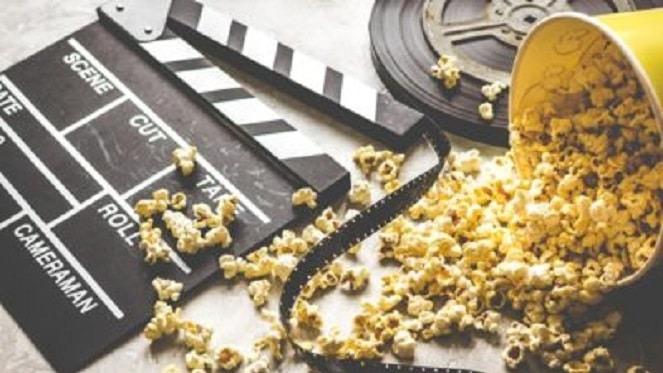 The Club is most importantly a place where young filmmakers can network with industry big-wigs and audiences alike. Here is where they can exchange ideas, debate, or simply enjoy a fun evening in the company of fellow film enthusiasts. Even though the film club continues to attract a growing audience, the vibe remains welcoming and relaxed. “It’s all about being part of a community; an eclectic incubator that shares resources to help independent film makers get better exposure and support,” says co-host Jonathan Gimpel.

The First Wednesday Film Club is all about celebrating our unique South African film culture. Among the films that have ‘sneak-premiered’ at the club’s events are Andrew Wessel’s Blitz Patrollie, Charlie Vundla’s How to steal 2 Million, Jann Turner’s White Wedding and Material starring Dr Riaad Moosa. The feature film for July 2019 was also a local production. Fanney Tsimong’s “My Music My Culture” is a soulful documentary about the role and place of music in South Africa. Local artists and musicians share their thoughts on the healing and empowering powers of music and its potential to bring us closer to ourselves, our heritage and others.  Attendants were in for a treat as the filmmakers were invited to the screening. To keep an eye on upcoming features, click here.

The First Wednesday Film Club does also screen non-South African films. Previous screenings include Let the Right in, Black Power Mixtape (1969-1975) and Concerning Violence, both by Swedish filmmaker Göran Hugo Olsson. Ultimately, the club is a place for film lovers to explore a range of genres from both local and international producers. If you are looking for something more than the standard Hollywood blockbuster, this is the place for you. Join the club by registering on Atlas Studio’s website.

What Is It? unlearn is written and performed by award-winning actor MoMo Matsunyane. The play is about a young woman, Angel......