Nothing says Joburg at Christmas time quite like Janice Honeyman’s Pantomime! Bring the kids along to see this year’s musical spectacular at Joburg Theatre until Sunday, 22 December 2019. Our resident theatre critic was invited to join in on the revelry. Read on to see what she thought. 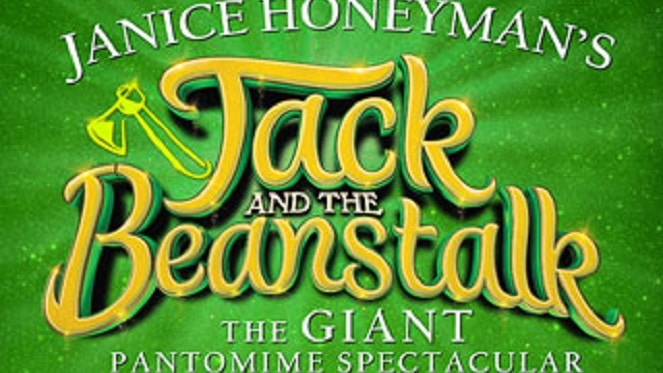 Can you believe that veteran stage director, Janice Honeyman has been behind the wheels of the annual Pantomime for 32 years? In 1987, a fresh-faced Honeyman created her first ever Panto at the Alexander Theatre in Braamfontein. Three decades on and she has just as much fun as ever bringing Joburg audiences a big-budget Christmas musical with a unique South African twist.

Honeyman presents Jack and the Beanstalk on stage at Joburg Theatre for the first time since 2012. Featuring a stellar cast, vibrant set and costumes and the year’s biggest music hits, this Panto spectacular is well worth taking the kids to this holiday season. After all, what would December be without Janice Honeyman’s iconic blend of song, dance and fairytale magic? 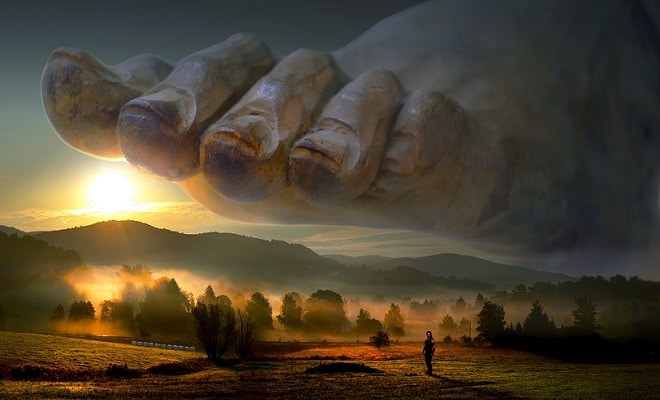 While the directorship behind the Pantomime is well seasoned, the young cast brings an air of frivolity and fun to the stage. Making their Panto lead debuts, Zolani Shangase (as our hero Jack The Joller) and Dezlenne Ulster-Weale (as Raspberry Rose) will have the little ones giggling in fits of laughter, gasping in awe and sighing in admiration. I must admit that the tired tale of boy meets girl, boy saves girl from hungry tyrannical giant, is a little stale. These characters nevertheless endear themselves to audiences young and old. However, their vocal prowess is somewhat outshone by the more mature cast members. But their portrayal of a young romance is sweet, nonetheless.

Other youthful standouts include Gugu Dhlamini and Ashleigh Butcher as Jack’s twins sussies, Sjoepied Suzy and Sagkop Sally. Their constant references to ‘Snapchat, Insta and #everything‘ can be tedious, but their physical performances make up for this. In fact, the entire backing cast delivered great physicality in the well choreographed dance sequences. Kiddies will love the display of acrobatics and quick-footed moves. 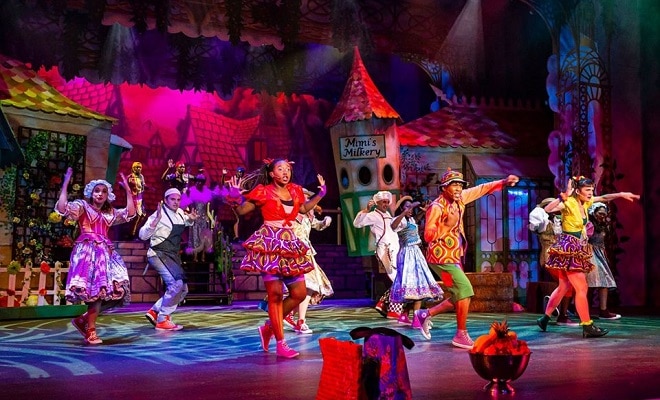 Before I give a round of applause to the dames and villains of this Panto, I must mention the two absolute stars of the show – Henrietta the Hen and Daisy the Cow. The clucking chicken, performed by Noni Mkhonto, had the audience in stitches of laughter. However, it was super cute Moo Daisy who won the hearts of all, including Jack the Joller. Well done on your utterly convincing performances!

Now, onto the big guns of the production. This year’s Panto is truly a star-studded affair, featuring bigwigs Lelo Ramasimong, Germandt Geldenhuys, Clive Gilson and Neo Motaung as the Dames, Dudes and lovable Good Fairy. Each delivered a noteworthy performance, but the Panto crown goes to Germandt Geldenhuys this year. His portrayal of Jack’s hefty mother, Mies Miemie Mosbolletjie-Melba, was outstanding. With vocals like this, he is sure to go very far in the theatre world.

Of course, I have yet to mention this year’s super villain. Played by actor, comedian, writer and and radio host, Casper de Vries, Hendrink Hideoso had the children booing with complete conviction. Surprisingly, de Vries seemed uncomfortable in his role. Perhaps as the show runs he will become more accustomed to playing the ‘baddie’. Nevertheless, his presence is undoubtedly a big draw card for grannies and super fans. 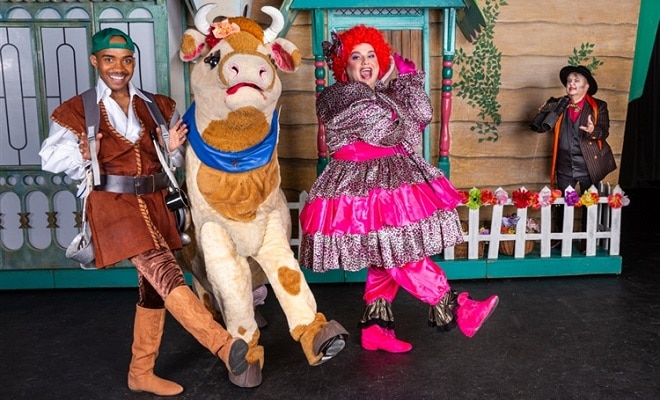 Jack and the Beanstalk was my first ever Panto experience way back in the early 2000s. While the show has adapted with the times, the set remains almost the same. The mechanical giant was as terrifying as ever, while the magical growing beanstalk had kids gasping in wonder. I must concur that the overall stage picture was one of the most vibrant Pantos in recent years. With 1980s resplendence, the costumes and disco lights create an atmosphere of celebration. This is a great way to kick off the silly season, all the while keeping the kids entertained. Go see it now!

Janice Honeyman’s Jack and the Beanstalk will be staged at Joburg Theatre on the Mandela Stage until Sunday, 22 December 2019. Book your tickets here.

What Is It? The Cyril Ramaphosa Foundation invite Joburg art lovers to the inaugural On Main Road Public Art Exhibition......