From heists to drama, and action to comedy, some of the best in South African films – released in cinemas by Indigenous Film Distribution over the years - are available on digital and on-demand platforms as people across South Africa brace themselves for a 21-day lockdown to tackle the spread of the new coronavirus.

“There’s something for everyone – thrillers, dramas, action,” says Helen Kuun, MD of Indigenous Film Distribution. “Given the current circumstances, we are pleased these films are available on digital for audiences to enjoy from the comfort of their homes.”

In Assignment, Kathleen (Kat) Jacobs, a renowned conflict journalist, returns home to Johannesburg after her assignment is cut short by a near fatal incident in the Congo. She discovers an incredible scoop, one which pitches her squarely against major political forces. Kat finds herself on the run. What ensues is the most dangerous cat-and-mouse chase of Kat's life. Not only her career and reputation are on the line, but also her life and her family's as well. Assignment stars Sandi Schultz, Gert van Niekerk and David Dennis.

How To Steal Two Million

In Charlie Vundla’s How to Steal Two Million, Jack comes out of prison having spent five years there for a robbery gone bad. His partner, Twala, never got caught and Jack never talked. But Twala is as treacherous as Jack is honourable. He’s married Jack’s former fiancée. Jack wants to go legit but after being rejected for a loan, he needs a new source of capital. Twala presents him with an opportunity - a job with a R2 million take. The heist films stars Menzi Ngubane, Terry Pheto and Rapulana Seiphemo.

A must-see for political history fans, Mandla Dube’s Kalushi: The Story of Solomon Mahlangu tells the story of the Mamelodi township schoolboy-hawker who, after the events of June 16th, joins the military wing of the ANC to fight against the brutal oppression of the Apartheid regime and ends up becoming an icon of South Africa's liberation. The film stars Thabo Rametsi, Thabo Malema and Welile Nzuza.

In iNumber Number, starring S'Dumo Mtshali, Presley Chweneyagae and Mncedisi Shabangu, Chili and Sello, undercover cops, are cheated out of a large reward by their corrupt superiors. Chili infiltrates a gang as it prepares to rob an armoured car, and instead of busting them, he convinces Sello to participate in the score.

Wonder Boy for President tells the story of a charismatic young man from the Eastern Cape who is coerced into running for president by two corrupt characters. It’s a political satire that delves into political dynamics and challenges that arise. Directed by John Barker, it stars Kagiso Lediga, Tony Miyambo and Ntosh Madlingozi.

Coming in April is Four Corners, directed by Ian Gabriel. Fatherless and raised by his grandmother, 13-year-old Ricardo Galam lives in the Cape Flats, a unique and volatile sub culture dominated by two Number gangs, the 26s and 28s. Ricardo's future as a chess prodigy is threatened by his growing interest in the 26s, whose local leader is grooming him as a potential member. It’s a gripping drama set against the backdrop of a gang war which has been raging for 100 years.

On Showmax, women fight back in Dora’s Peace, a story about a Hillbrow prostitute who shields a gifted young boy from the violent clutches of organised crime. In the process, she discovers aspects of her own lost humanity, with Khabonina Qubeka.

If you’re into westerns with an African twist, Five Fingers for Marseilles looks at how lives change forever when Tau, a young lion, kills two corrupt policemen in a South African shanty town. It stars Vuyo Dabula, Zethu Dlomo and Hamilton Dhlamini.

In Inxeba (The Wound), Xolani, a lonely factory worker, travels to the rural mountains with the men of his community to initiate a group of teenage boys into manhood. The controversial film stars Nakhane Touré, Bongile Mantsai and Niza Jay.

Have you been streaming during the lockdown? Tell us about your favourites in the comments section below!

The Dark Carnival Is Now At Montecasino!

The formerly online retail store, The Dark Carnival has brought every imaginable sub-culture of geek to life with the grand opening of its flagship store at Montecasino in Fourways, Johannesburg! Just imagine all things anime, comic, gaming and more, brought together under one roof. Bliss! 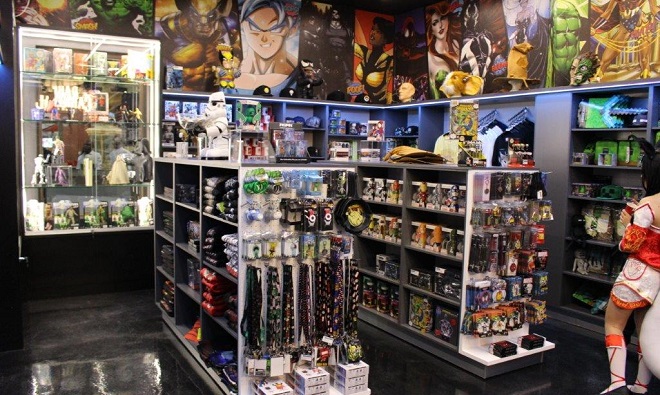 The Dark Carnival is the brainchild of Kasia Jabrzemski, a self-proclaimed geek, who in 2011 with the help of her business partner Richard Harman, realised the untapped potential to turn the ordinary comic book store visit into an experiential audio-visual adventure for the anime, comic and gaming sub-culture by launching the original online retail store.

The Dark Carnival offers fanatics and the curious the opportunity to immerse themselves in a colourful and fantastic world of geekdom. You can expect everything from comic books and graphic novels to pop culture merchandise of your favourite anime, movie and TV series characters; video gaming musts; costumes for the cosplayers; homeware; kitchenware; character bobbleheads, figurines and plushies; and even laptop sleeves. It's an adventure into another world. 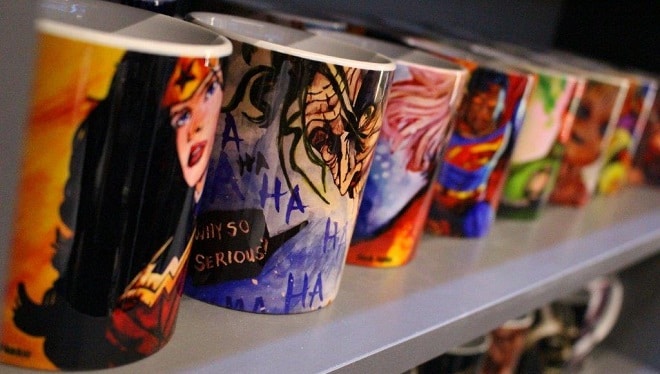 The launch of the flagship store at Montecasino is hot on the ‘geek’ calendar radar. The much-anticipated dragon, which was custom-made to fill the space outside the store, is set to be a huge talking point.

For more information about The Dark Carnival and it's brand-new store, visit www.darkcarnival.co.za. 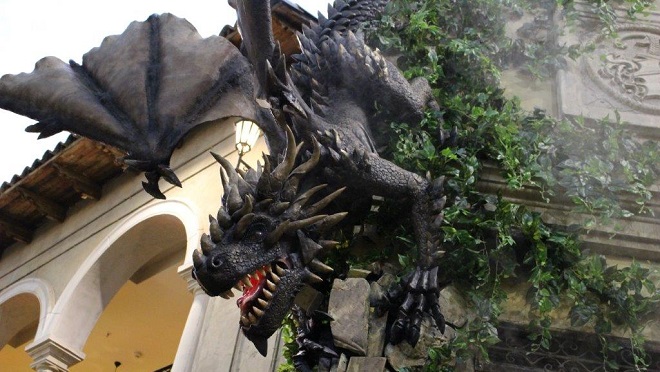