If you have ever driven along the N12, you have most likely spotted the signs for Wonderland Park. No, it's not a theme park or carnival, but a wonder-filled emporium for nerds of all kinds, home to the epic Comic Warehouse, The Cookie Co. and Kaylee's Eatery.

The rise of veganism has taken Bedfordview by storm in recent years. Unfortunately, restaurants have been slow to catch up. Luckily, at the start of 2019, Bedfordview vegans were gifted with Kaylee's - a strictly plant-based eatery dedicated to good food, great flavour and saving the world! What could be more heroic than that? 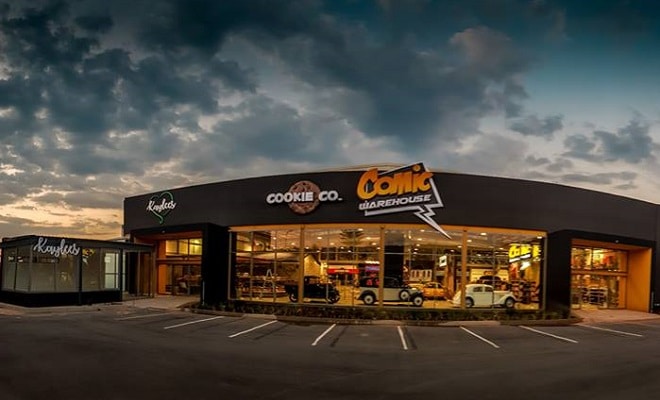 Kaylee's food motto is simple: feast freely. Offering their loyal patrons wholesome and nutritious plant-based breakfasts, snacks, bowls and sweet treats. All of Kaylee's ingredients are cruelty-free, so you can indulge with the knowledge that your food is 100% compassionate, conscious and super healthy.

Kicking It Off With Quinoa

The super food of the moment, quinoa features heavily on Kaylee's menu. This nutty grain is gluten-free and packed with nutrients and fibre. Start your day the right way with a bowl of vanilla-spiced quinoa oats, served with almond butter, berry compote, chia seeds and nuts. 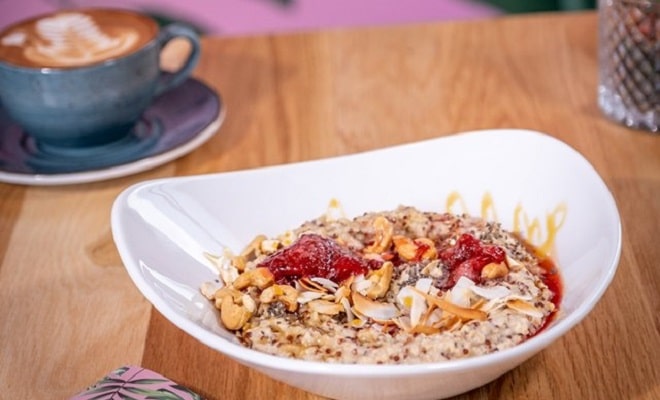 Not much of a morning sweet tooth? No worries. Kaylee's all-day breakfast menu features a great selection of savoury spreads. Think herb-infused Mediterranean shakshuka, Swiss potato rosti and a breakfast burrito filled with scrambled tofu, black beans, vegan cheese and red onion. Our favourite is the Greenhouse - a farm style brekkie with tofu scramble, mushrooms, grilled tomatoes, vegan bacon, spinach and your choice of toast. Washed down with one of Kaylee's double shot coffees, this is vegan breakfast heaven.

Power Bowls & The Beyond Burger

Fresh food movements are popping up all over the place. With the Japanese poke bowl gaining popularity, Kaylee's adapted their menu to feature a range of Power Bowls. Try out their take on the traditional Poke Bowl, with wild rice, edamame steamed corn, pickled beetroot, mange tout, spring onion and sriracha mayo. Or, take a journey to Mexico with their Taco Bowl, featuring quinoa, black beans, tomato salsa, avo, creamy lime and coriander dressing and crunchy tortilla chips. You won't leave Kaylee's hungry. 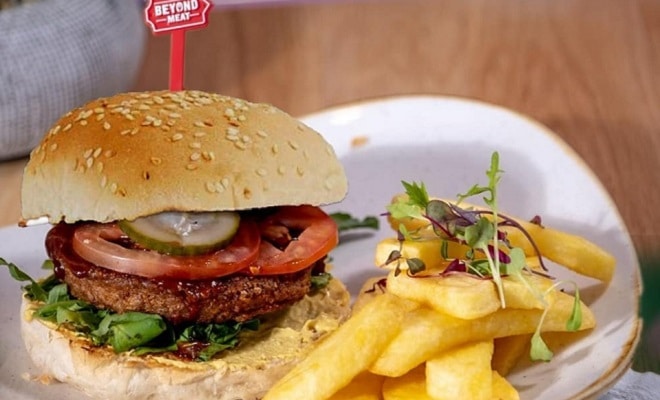 Another vegan must-try is the Beyond Burger. Since it hit stores and restaurants, this 100% plant-based burger patty has had vegetarians and vegans tingled with curiosity. Designed to look and taste just like a beef burger patty, the Beyond Burger is juicy and flavourful. It is also soy and gluten free. Kaylee's offers two Beyond Burger options - The Original, served with homemade pickles, sweet onion relish and mayo, and The Beyond Cheeseburger which features all that plus gooey vegan cheddar cheese. Give it a try.

Kaylee's mission is to prove that plant-based eating doesn't have to be boring. That's why their menu features a few sweet surprises, Belgian waffles served with vegan ice cream, traditional apple pie, lemon meringue, chocolate mousse and chocolate brownies! All made without dairy or egg, these desserts are a real treat. 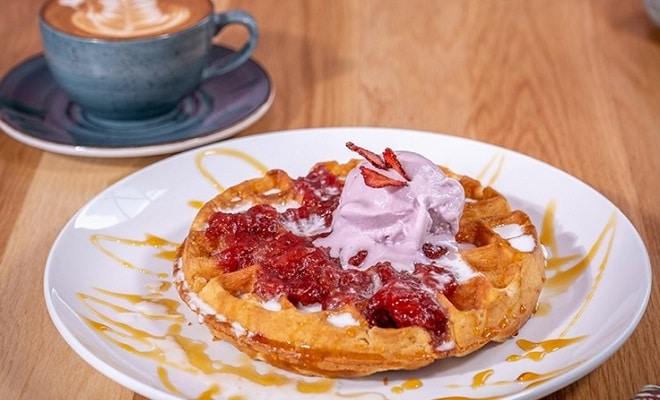 Rather Late Than Never

Not so long ago, we took a trip to the other side of the city. To the east, to be specific. We were looking for something new, fun and exciting to do (we've already covered the north!) and boy, did we find it! Now, not everyone is into the whole Marvel / DC comics thing or has hopped aboard the Hogwarts Express and become a devote Pothead, but if you happen to embrace, live and breathe geekdom and love all things nerdy, then you'll be thrilled to hear that a brand-new nerd paradise has opened it's doors out in Bedfordview - The Comic Warehouse! We had no clue that they've been up and running since about the end of last year (2018), but rather arrive late than never, right? 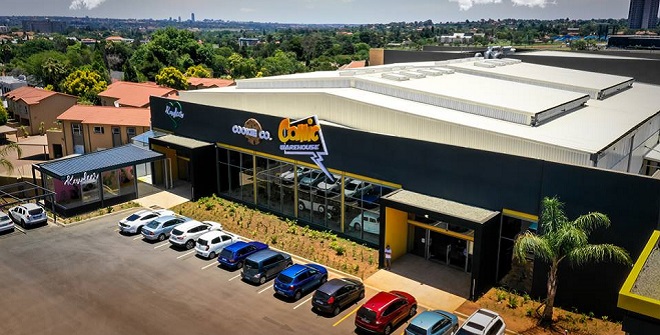 It's Literally A Warehouse!

When you think of comic book or geek merch stores, what comes to mind? A dingy hole-in-the-wall hangout? Something a lot like the comic book store run by Stewart in The Big Bang Theory? Not too sure? Well, this store is nothing like those - it's literally a warehouse! A big warehouse dedicated to and filled with everything you could possibly image regarding the nerdom and geek world - fantasy, Sci-Fi, Marvel, DC, Anime, Funko Pops, you name it. "What do you mean EVERYTHING", you may ask? Well, just think comic books for Africa; action figures from almost every fantasy movie, comic and game ever made; and all the merchandise you'll ever need. Yes, it's EPIC. 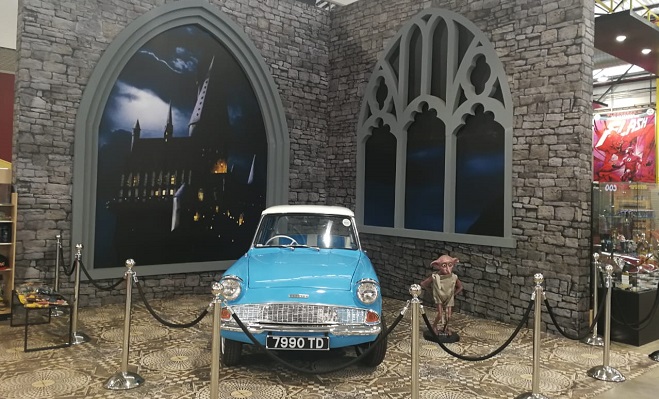 Did We Mention The Displays?

As if all the goodies, merch, comic books, apparel and  weren't enough, the displays add the cherry on top. This is what makes a visit to the Comic Warehouse a must for all ages! You can feast your eyes and take a few selfies with some of the great movie and superhero memorabilia set up on the show floor. Wondering what you can expect? Well, just imagine stepping into a few scenes from the Harry Potter movies; standing next to the intimidating but oh-so-cool Batman; taking a selfie with the almighty Wonder Woman, spotting Spiderman hanging around from the ceiling; and even coming face-to-face with the infamous Star Wars baddie, Darth Vader! There's also a bunch of vintage cars on display if you're more into four-wheeled beauties. 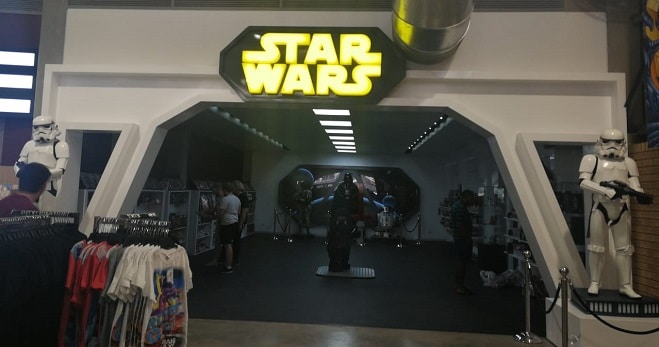 There's Also A Restaurant In Store

Checking out all the cool merch and taking a million selfies with all your favourite baddies and superheroes can be quite exciting and exhausting at the same time. But not in a bad way, of course. So, to regain your strength and refuel, make a stop at Kaylee's. This vegan restaurant offers healthy, plant-based, cruelty-free meals as well as fresh-pressed juices; interesting smoothies; and coffee with your selection of soy, almond or coconut milk. Have a sweet tooth? No problem! Just head over to The Cookie Co, which sells the most amazing chocolate chip cookies, so make sure you try one (or three). There's also a selection of imported sweets and drinks for your to suss out and indulge in. 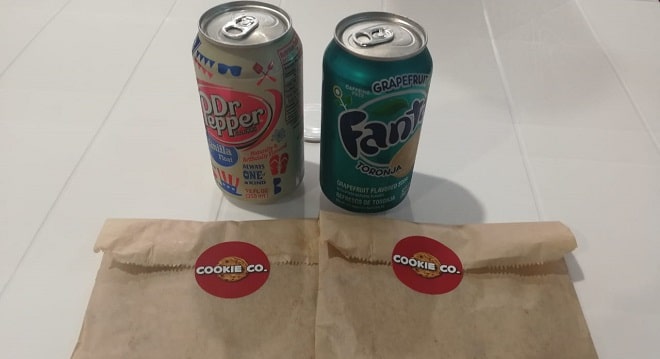 Oh, And Fun For The Kids!

Not only will adults have a great time, but so will the kids. There's a little play space for them to let their imaginations run wild. And of course, let's not forget about all the graphic novels, cool and colourful figurines and show floor covered with neat things to check out and explore. Everyone, even parents, will feel like kids in a candy store at this cool venue.

Tip: Keep An Eye Out On Facebook For Specials

On a tight budget or simply just want to make sure you don't go overboard on the spending when visiting Comic Warehouse (still need to get those groceries to survive, you know)? Then make sure you keep an eye out on their Facebook page as they post specials that'll be in store or coming up soon. 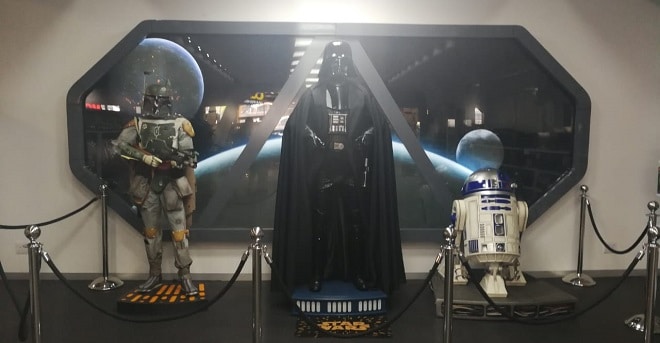 For more information about the Comic Warehouse, visit comicwarehouse.co.za.