Football Clubs For The Little Ones

This one is for all the inquisitive minds that enjoy exploring and asking a 105 questions in an hour! Let's kick some balls and run around for a little bit, shall we? Mom and dad make sure you join in, and soon we'll be cheering like a soccer mom. 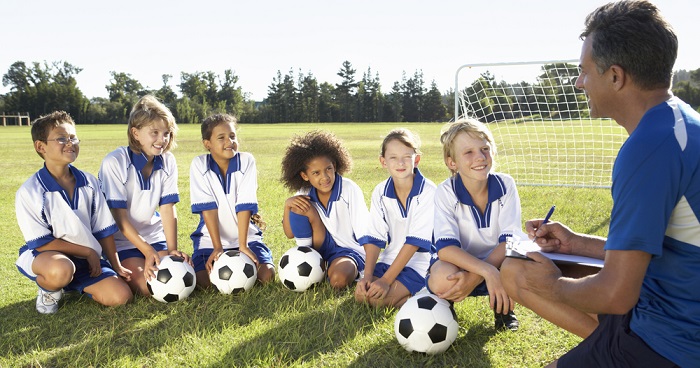 They say we should train them when they are still young, and this is a perfect way to do so. Help your child find that love for sport at Little Kickers. They promise to give your children a positive introduction by teaching high quality football skills in a friendly, pressure-free environment. There are four different classes tailored specifically to the needs of children between 18 months and seven years of age. Ignite the enthusiasm!

Green is in their blood and they are very welcoming of the little ones. Training them while young means they get to play as professionals sooner and hopefully grow into the football industry. Linhill Celtic focuses on developing football in the Southern Johannesburg area. They also have a proud community heritage with proven training methods.

Formerly known as Top Speed United Football Club (2010 until 2017) there's something for everyone at this football academy. With four divisions (13, 15, 17, and 19), it is a football entity that provides both teen boys and girls with the opportunity to showcase their talent. They provide players that live outside of Krugersdorp with accommodation and schooling at an affordable price.

Ladies, if you're looking to get super-fit while having fun, it's time to brush up your diski skills. 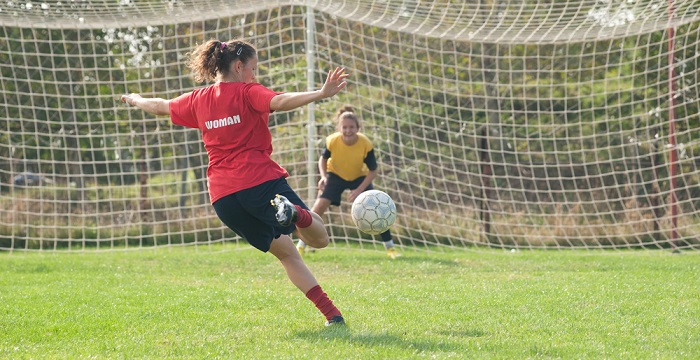 The Old Parks' women's football team is said to have been a dominant force in the Rand Central District, Gauteng, for the past 10 years. Currently, the team plays in an 11-a-side winter league and cup competition against other women's teams in Johannesburg. The team has won the league and the cup competitions in this league a number of times. Sounds promising, right? Well, we think so too! Tighten your soccer boots and get ready to be professionally trained. The team has high hopes for 2019 and the coming years, and they would love you to be part of the family.

This football club includes everyone – from young ones to ladies and guys – and it has grown to be a huge success. RAFC has sound professional management principles and the most comprehensive development and upliftment programme of any amateur football club in Southern Africa. The results of their teams in the competitive age groups bear testament to this proud heritage. The development players that they have been able to introduce in increasing numbers have further enhanced their teams. This programme has had far-reaching consequences beyond the boundaries of football and enhanced the lives of many individuals and families.

For the record, this list is in no order of preference 😉.. Now that that's out of the way, let's take this moment to mention the big guns when it comes to football clubs.

✌️ You know what this sign stands for, Khosi for life! Kaizer Chiefs Football Club is a South African football club based in Johannesburg that plays in the Premier Soccer League. The team is nicknamed "Amakhosi," which stands for 'Lords' or 'chiefs' in IsiZulu. They currently play most of their home matches at Soccer City in Nasrec, Soweto, which is commonly referred to as the FNB Stadium. They are one of the most supported clubs in the country, drawing an average home attendance of 13,686 in the 2016-17 season, the highest in the league. So, are you sold?

☠️ Ama-Baka Baka! Also commonly know as "Ama-buccaneer". If it's always been a dream of yours to be part of this amazing team make sure to check their football club out. You will not regret it. They promise to nourish and grow your love for football and the industry and be recognised locally or even internationally.

Welcome to the home of Highlands Park Football Club – the Lions of the North. Created in 1959, the team has been through several name variations and is now back to the original Highlands Park FC. Promoted into the PSL 2018/19 season after becoming 2016/17 NFD Season winners in 2017, the Highlands Park team is strong and passionate about the beautiful game. So, get to know about them and who knows, you might be part of the fam.

Tell us about the other football clubs around the city! Which ones should we include? Tell us in the comments below!