Craving a bit of adventure? Join in as Bugs Bunny is tricked by the lazy Easter Bunny to take on the task of delivering eggs. Watch as Bugs Bunny gets sent on an eventful adventure and is put into the line of Elmer Fudd’s fire. This is a definite must-watch! 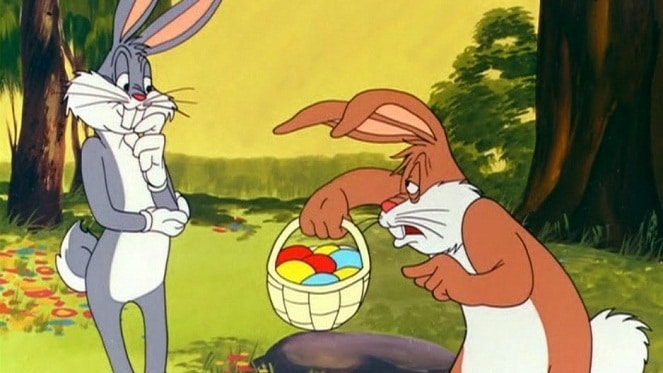 Who is in the mood for some comedy? This hilarious movie follows the story of Hank and Mike, who become unemployed when their company has to do some cutbacks during Easter. Will they be able to make it through the Easter holidays without jobs? There’s only one way to find out!

Who doesn’t love a troublesome rabbit every now and then, especially during Easter? There's nothing like a little adventure to lift our spirits. This movie, following a rebellious rabbit, is the perfect entertainment for the whole family.

This one is for Game of Thrones fans. The movie follows a Roman Centurion, Clavius, who is on the hunt for Jesus’ body after it disappeared mysteriously following his crucifixion. During his journey, he learns some astounding facts. There is only one way to find out what happens next, and it's by watching this movie!

From the Golden Age of Hollywood, this musical is just what we need to bring a little romance to our lives. It follows the story of a Broadway star and chorus girl who fall in love during the Easter holidays. If this doesn't boost your spirits, we don't know what will.

This 2011 movie tells a tale about the Easter Bunny’s teenage son, who heads to Hollywood determined to become a drummer in a rock ‘n roll band. Mixing live action and CGI animation, this movie is just what the Easter Bunny ordered.

Rise of the Guardians

This 2012 American 3D computer-animated action fantasy-comedy film follows the story of Jack, who visits Tooth's world. He learns that each and every baby tooth contains childhood memories of all children including his own memories as a child. Will he find his memories? Catch this movie to find out.

The Killarney Country Club hosts a monthly Drive In Movie evening. This month, The feature will be the new Peter Rabbit Movie. Kids get to watch a movie, a toasted cheese sandwich, popcorn and fruit juice or water. Parents get to watch the movie free and only pay for their food. And don't forget the PJs because it is a pyjama dressup. So bring the children to a drive in movie for a weekend treat.

Tickets are limited so book yours now.

Bookings can be made by emailing [email protected]