This film series currently has 11 films, with another two due to be released in 2020 and 2021. The films, apart from Halloween 3: Season Of The Witch, all follow the life of Mike Myers as he tries to murder his last remaining relative on Halloween. As with most scary movies, the antagonist is somewhat impossible to kill, while the protagonists are seemingly oblivious. The long line of slasher films make for great Halloween entertainment, for those brave enough to watch them all.

This 1993 comedy-horror film follows three witch sisters as they try to retain their youth by stealing the life force of little children. Their plan is thwarted by the townspeople of Salem, Massachusetts. In order to save themselves, they cast a spell that will resurrect them in the future. 300 years later on Halloween, a young boy, Max, unknowingly completes the spell. The witches are brought back to life and terrorise the town and it's up to Max and his friends to save it.

Trick 'r Treat is an anthology horror film that follows the stories of a husband and wife, a school principal and his family, a new girl in town and a savant with a group of friends in the town of Warren Valley, Ohio. A participant in each group breaks a Halloween tradition and pays the ultimate price. All while Sam, an omnimous trick-or-treater in a burlap sack, watches from afar.

Tim Burton's Nightmare Before Christmas is a stop-motion animation from 1993. The name may mention Christmas, but we feel it's Halloween appropriate too. The story follows Jack Skellington, who resides in the fictional Halloween Town. The residents of this spooky town spend their entire year planning an exceptional Halloween event. But Jack, the unofficial town leader, longs for something more. He stumbles upon Christmas Town and attempts to take over the Christmas event. But things go awry and Jack must learn to accept who and what he is so he can save Christmas.

Based on the Stephan King novel of the same name, It is a re-adaption of the 1990 miniseries. In 1988, in the small town of Derry, Bill Denbrough's brother, Georgie, goes missing. But he's not the first, nor the last child to have disappeared. With crime levels at its peak, a long line of missing children and unconcerned adults, Bill and his friends go in search of the sinister creature responsible for all the crime in Derry - a malicious clown. The sequel, It: Chapter 2, was released on 6 September 2019 and will follow Bill Denbrough and his friends, who return home as adults to save their town.

On Devil's Night (30 October) in Detroit, young couple Eric and Shelly are attacked by criminals. Shelly is raped and murdered, while Eric gets beaten to death. A year later, a crow awakens Eric's corpse and he returns to life. Eric has flashbacks of his last moments alive and goes on a journey to avenge his lost love with the help of the supernatural crow. But, the cop investigating Eric and Shelly's deaths is on Eric's tail. This 1994 film makes for a chilling action-packed experience that will have you on the edge of your seat.

Donnie Darko has a stellar cast of actors including Jake Gyllenhaal, Jena Malone, Maggie Gyllenhaal and Drew Barrymore. Jake Gyllenhaal plays the titular role of Donnie Darko, who sleepwalks and sees a grotesque rabbit named Frank, who tells him the world will soon end. Odd events occur in the town, such as the school being flooded and a local motivational public speaker's house burning down. Donnie is unknowingly responsible for these events, under the influence of Frank. Events spiral and Donnie meets the real Frank, loses his girlfriend and travels back in time to save those he loves.

In 1799, the town of Sleepy Hollow has been troubled by a series of deaths. All the victims were beheaded. Constable Ichabod Crane is sent to Sleepy Hollow to investigate these deaths. The town elders inform him that the murderer is an undead horseman. The constable believes this to be fantasy and begins his investigations. However, after witnessing the horseman himself, constable Ichabod discovers that the horseman is being controlled by someone else and sets about finding out who that someone is.

What is your favourite old school Halloween movie? Let us know in the comments section below.

Brian Ferry is seen as an icon of personal cool, carried through in his songs. He came to prominence as the lead vocalist and main songwriter with the glam art rock band Roxy Music. They achieved three no. 1 albums and 10 singles which reached the top 10 in the UK between 1972 and 1982. The singles included Love is the Drug, Dance Away, Jealous Guy, Avalon and More Than This among others.

As an artist and musician, Ferry possesses the rare distinction of being regarded as both classic and contemporary – an accomplishment achieved by both his recordings with Roxy Music and the range and intensity of his solo albums. This may be the last chance for South African fans to watch him performing all his hits live. So, be sure to join in to dance and sing along. 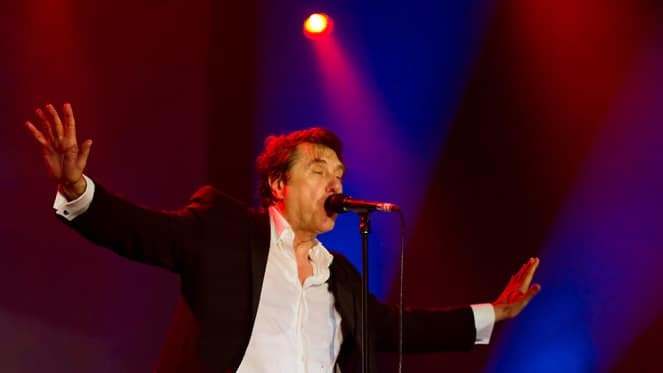 Tickets are already on sale from bigconcerts.co.za and Computicket.