The options for The Addams Family dress up are almost endless, as there are so many fun and quirky characters. From the parents, Moticia and Gomez, to the wacky Grandmama, odd Uncle Fester and furry cousin Itt. Wear a black and white striped suit, with a thin drawn on mustache for Gomez, a tight black dress with a long black wig for Moticia, a black dress with two braids for Wednesday, and don't forget a hand prop to represent Thing!

Six years after this Disney movie was released, it still remains a hit for children world wide. And with the much anticipated second movie set to be released in November, 2019, it's bound to become an even bigger hit. Your little ones will be demanding to dress as their favourite characters such as Elsa, Anna, Olaf, Kristoff and the adorable reindeer, Sven.

The Wizard of Oz

This is a fun dress up for the whole family. Family members can choose to dress as the Wicked Witch, Dorothy, the Cowardly Lion, the Tin Woodman, the Scarecrow, the Wizard of Oz or even as a few Munchkins. You can also include the family dog, as the ever loyal Toto. You can base these costumes on either the original L. Frank Baum book, the 1939 film or the 2013 Oz the great and powerful. Over 150 years later, and this children's book is still a favourite among children and adults alike. Dress up options from this book and film includes the titular character, Alice. Other options are The Red Queen, Mad Hatter, White Queen, The Knave, The March Hare, Absolem, The Cheshire Cat and The White Rabbit. For an extra touch, add decor such as tea cups, bottles with 'Drink Me' labels, 'Eat Me' cakes, mushrooms and pocket watches.

Growing up, most of us spent hours sitting too close to the T.V, singing along to the Scooby Doo theme song and wondering who was really the villain. This cartoon has managed to infiltrate all barriers of age, race, class and language. So it makes for a great dress up. Girly ladies will love dressing as Daphne, book nerds will adore being Welma whereas boys will fight over being Fred or Shaggy. There's even room for the family dogs as Scooby and Scrappy Doo. Your family will be sure to score plenty Scooby Snacks while trick or treating.

This is another dress up that will appeal to any family, no matter the size. Mom and Dad can dress up as Ash and Misty. While the kids can dress up as Pokémon. Our favourites include Pikachu, Charmander and Squirtle. If there are other adults or older children in the family, then include Brock, Nurse Joy and Officer Jenny. Alternatively, dress up as the villains, Jesse, James and their Pokémon Meowth. Pregnant mommies can even show off that gorgeous belly by dressing it up as a pokéball.

For a big group of friends or a large family, there is nothing as fun to dress up as than minions! All you need is a lot of yellow body paint and overalls. Halloween costumes, sorted. Not only is this incredibly easy, but it is also loads of fun. You can spend all night speaking gibberish and laughing ominously. Members of the family can also dress up as Gru, Dr Nefario, Margo, Agnes, Edith and Lucy. 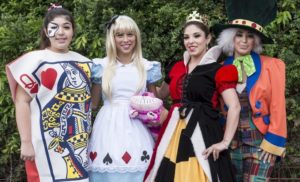 This fairy tale about kids finding, and eating, a house made of candy makes an ironic Halloween costume idea. For this, one family member can dress as the evil witch, two others as Hansel and Gretel and someone can even dress as a house made of candy. All this entails is a witch's costume (a green mask, long black dress and witch hat), a red t-shirt with denim overall for Hansel and a dirndl (German dress) for Gretel. For the candy house costume, simply construct a box shape with roof, out of cardboard and glue on an assortment of candy.

Do your little ones love superheroes and villains? Then why not dress up as their favourite Marvel characters? The family can be their own heroes by dressing up as The Avengers. Thor, Captain America, Iron Man, Spider Man, Scarlet Witch, Black Widow, Black Panther, Captain Marvel and Hulk are just some of the characters you can dress up as. Alternatively, go as the Guardians of the Galaxy and dress up as Starlord, Gamora, Rocket or Groot.

Not on team Marvel? Prefer DC Comics? Well then dress the family up as Batman, Superman, Lois Lane, Wonder Woman, Cyborg, The Flash and Aquaman. Harley Quinn, The Joker, Green Lantern, Cat Woman, Poison Ivy, Bane, Mr Penguin and Supergirl are other characters from the DC Comics universe that are great to dress up as. 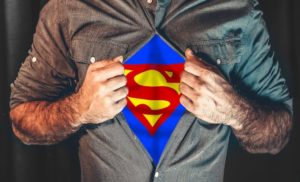 Now that you know what you and your family will be dressing up as this Halloween, you'll need to find costume rental stores. Don't worry, we've got you covered. Check out where to get your Halloween costumes here.