The recall only affects models with automatic transmissions. The affected vehicles were all assembled in Korea between 27 August 2010 and 11 November 2010, and only 180 units from this production run were shipped to South Africa – as opposed to the 10 240 which were sent to Northern America where the car is sold as the Kia Forte. Recalls in America started in February 2016. Owners of affected vehicles involved will be be telephonically notified by KIA Motors South Africa’s call centre as of Monday, 23 May 2016. The call centre will assist owners in having their nearest or preferred KIA dealer carry out the replacement of both automatic transmission cooling hoses, which will take less than an hour (depending on your vehicle’s position in the work queue on the day of the booking). KIA Motors and its dealer network will implement this recall at no charge to the vehicle owner.

Kia.co.za will feature a menu option allowing Cerato owners to enter their vehicle’s VIN (Vehicle Identification Number) into a search functionality. The VIN is listed on the vehicle’s license disc, and embedded into the windscreen on the lower left side. 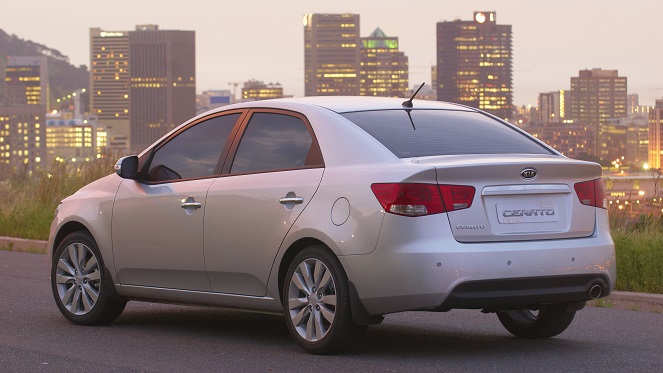