Driving around the city was mundane until German car manufacturer VolksWagen launched the VW UP! in 2014. The little thing packs a 200 litre boot, which can be extended to 250 litres by removing a secret compartment. For its price range, it is one of the best city cars on the list. At 4.6 litres of petrol per 100km, it's worth every cent.

Most affordable cars are three door models. This can be a challenge, especially to car pooling students running, or driving, late for an exam or young professionals with small children that need to be seated in the back. The Chevy Spark is an affordable five door model with a 35 litre tank that will get you where you need to go. Unfortunately Chevrolet has stopped selling cars in South Africa, so this will have to be a second hand purchase. Chevrolet will still offer 67 Authorized Service and Parts Centres so maintenance of your vehicle won't be an issue.

The Japanese manufacturer has gone after the Citroën C1 and the Peugeot 108 fashion: a big black X smacked over the grill of a Yaris on a no-carb diet. The Toyota Aygo may have limited leg room in the back and small boot space. But what the car lacks in cabin space, it makes up for in performance. Toyota fitted a 69bhp engine to ensure a smooth ride, perky motor noise and low fuel consumption. Because of its low emissions level, you will not be paying carbon tax.

Hyundai seem to have been in two minds when they made this car. Is it a city car or a straight up hatch back? Perhaps both? Yes and no. Regardless of what the car wants to be when it grows up it is definitely worthy of being on this list. The i10 is packed to the brim with space. The interior is what one would expect from a city car. Although, the scratchy plastic dash and door panels are probably not worth mentioning in a letter home from varsity. The engine is a standard 1.0L three cylinder thing and takes around 14.6 seconds to reach 100km/h — the industry standard for a small engine.

All the way from France (made in the Czech Republic), the Citroën C1 has come to tease with its sexy interior, limited cabin space and smooth gear changing abilities. The front bumper sports LED running lights, which is something manufacturers usually only install on their mid-range models. Overall, the car is perfect for a student with a difference — someone who has likely been partying the last two months instead of studying.

The Suzuki Celerio 1.0 1.0i GA MT was introduced in 2015. It has a 1 litre engine and a 35 litre tank. This model has many of the same fuel, cylinder, engine, power and torque specs as Suzuki's later Celerio models, but it comes with a cheaper price tag. It does lack the audio CD Tuner, Bluetooth, Central Locking, Electric Windows, Fog Lamps, USB Port, Keyless Entry and Multi Functioning Steering of the 1.0i GL Mt and 1.0i GL AMT but it has everything you need to get you from A to B on a student's pocket money. 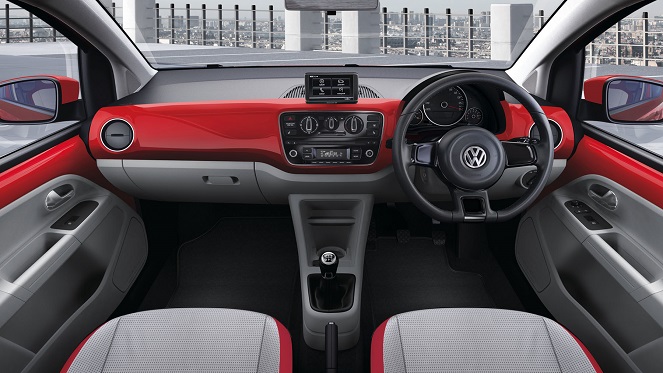 The Renault KWID 1.0l Expression might be the biggest car on this list, but remains affordable despite it's size. This 5 door vehicle is perfect for a working mom with a family that constantly needs lifts to and from school, play-dates and extra mural activities. It also has the space needed to hold the family, their school bag, the groceries, as well as mom's briefcase, whether it's for work, after hours studying or both.

Since the '40s the South Korean car company has been producing vehicles that could match its German adversaries. Kia has attempted to take over the city car scene with its revamped Picanto model. Out of all the cars on this list, the Picanto has the best boot to cabin space ratio. It runs a 1.2 litre engine, which adds a bit more power than the others mentioned above. The car is designed to zip through traffic. The standard model does not come with air-con. You would have to fork out a bit of cash to have that installed. this is Africa, so best pay the money or summer will be hotter than ever.