More than a barrel of laughs, the Johannesburg International Comedy Festival is Africa's largest comedy festival, attracting over 30 of the best in local and international comedic talent. It's the ultimate week of funny. Hosted by Joburg Theatre in Braamfontein, it's not to be missed.

The festival opens with an epic comedy extravaganza. This is Satafrika presented by Kagiso Lediga, will feature comedians, celebrities, pastors and other interesting Mzansi personalities. This will be a showcase of epic proportions, offering a hilarious take on all the funny goings on in South Africa today. The 2020 lineup also features veteran comics on stage at Joburg Theatre, including Joey Rasdien, Mpho Popps and Jason Goliath.

The Johannesburg International Comedy Festival brings you four days of non-stop laughter. What more could you ask for? Get your tickets soon!

When posed with the not-so-age-old question about who would win a fight between the city and the suburbs when it comes to places to hang your hat, we're on the fence. There are pros for both. First on the fight bill, it's Braamfontein and Linden. We give the facts, and you choose the winner. 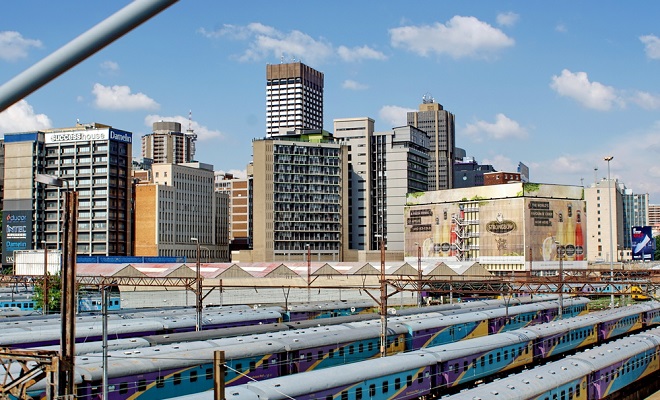 Braamfontein is to high-rise living what caffeine is to coffee – you get a kick around every corner. We're talking about the good kind of kick. Where there's tonnes of stuff to do and tonnes of stuff to see. It's the kind of place where you take your hat off and lay your head down if you believe that the party only stops when the city cuts the power... which almost never happens because the City Of Johannesburg's headquarters is in Braamies (you can't have the mayor's office without electricity, now can you?). Don't quote us on that. Here's why you should consider Braamfontein as your suburb.

Coffee is synonymous with breakfast, and you can get the best of both at Post. Its open-plan kitchen can be found right behind the counter, and the guys working the register also work the grill, which makes for an interesting – and theatrical – morning. Don’t be surprised to see the cook flip a bacon strip, take your order, pop you your change and turn around to scramble a few eggs. The menu changes quite often, giving you something new to try every time you visit, and the service and food are always top-notch.

You can’t go to Braamies without popping into 86 Public. Craft pizza is the name of the game here, and they pull it off very well. From butternut and blue cheese on a beer base, to prosciutto, Gorgonzola, pear and caramelised onions on sourdough, 86 Public knows how to combine flavours. It’s no wonder they opened a branch in Illovo.

Smooth jazz and great food is what attracted people to The Orbit jazz lounge in Braamies. They've been known to entertain crowds with various underground and international acts. Sadly The Orbit closed down after battling the man. You will be missed.

One of the oldest pubs in the city, Kitcheners serves great toasted sandwiches – and they throw one helluva party. As Kitcheners hosts live music, DJs and comedy shows almost every night of the week, your best bet to find out what’s going down at this joint is to keep an eye on their Facebook page. If you’ve never partied in Braamies then Kitcheners is a great place to start.

Braamies is one of the places where you can pick up a super-spacious – or cramped, for that matter – living quarters for fairly cheap. Then again, there are a lot of high-rise lofts in the area that cost a pretty penny, such as those being built in Milpark. In a nutshell, Braamies is all about apartment living, and there are loads up for rent on the internet. 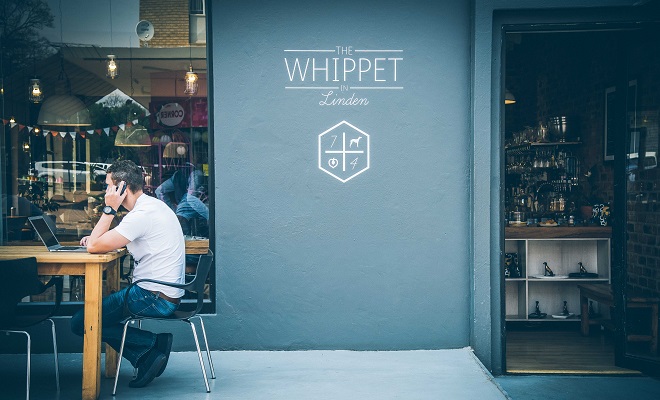 We all love Linden. It's the kind of place you go to when you aren't sure what you feel like eating, to have a quick drink or spend the day in a coffee shop. It's such a homely suburb that the reality TV game show, Big Brother (yeah, it's still a thing), was filmed here.

You can roll out of bed all the way down to the Whippet and have yourself one of the best cups of coffee in town accompanied with a slice of top-notch milk tart. Need any more convincing?

Just as the name suggests, the Craft Beer Library prides itself on being an archive for all things craft beer. It's the place for avid beer lovers and midday drinkers. Patrons can expect stouts, porters and ales on tap. If beer is not your thing then no sweat – this lovely little establishment also stocks craft cider. The Craft Beer Library serves pretty good food too – gourmet pub food, to be exact. It's quite a unique place and lives up to the hype for sure.

Have you ever had Italian street food before? If no (or yes for that matter), head to Rosto and try out their take on chickpea fries, rotisserie chicken (best in the country, in our humble opinion) and alcoholic ice teas. Their focaccias are to die for and are made from a 90-year-old bread sponge (no jokes, we met the sponge). Rosto also serves arancini, which is deep-fried rice balls stuffed with cheese and meaty fillings. It's delicious and saves us a trip to the cool streets of Rome... Even though a trip to Italy would be pretty sweet right about now.

Linden is not quite there yet when it comes to partying, mainly because it's a fairly chilled neighbourhood. There are a couple of bars and restaurants in the area that host live music and so on, but it's not the kind of place you go to to pop a couple of shots and get into dance-offs in the parking lot.

Only a dude as crazy as Gert Schoonraad (mastermind behind the Great Dane and Town Hall) can come up with a bar and restaurant where you receive lottery tickets upon leaving. Meet the Brian Lara Rum Bar. It's a West Indies-themed eatery and cool-kid hangout that serves really good food. Think big burgers and spicy chicken wings – that type of vibe. The place is almost always packed and usually one of the last spots in Linden to close... Because, you know, it's a party.

Off the bat, there's a new, hip and super-sexy development called Fifty Five in Linden that's the hottest place to stay for sure. Other than that, there are quite a few apartments on the market. Egoli Gas is also in the area so that is a big plus. Gas on demand at a super low rate? That is a rocking thing and a half.