About Barcardi Sound Of Rum

In time for summer and at the height of the southern hemisphere’s party season, Bacardi Sound of Rum brings together music platforms, content, curators and artists to celebrate the best in African music across genres. The aim is to use music as a language to bring South African people together to celebrate diversity, freedom of expression and movement by showcasing the beauty and diversity of our culture. Musicians, curators, influencers and industry insiders from Miami to Soweto have come on board to create and share an exploration of local music that truly contributes and gives back to the culture of genres such as Gqom, Kwaito, Hip Hop, Amapiano and Afro House, amongst others. 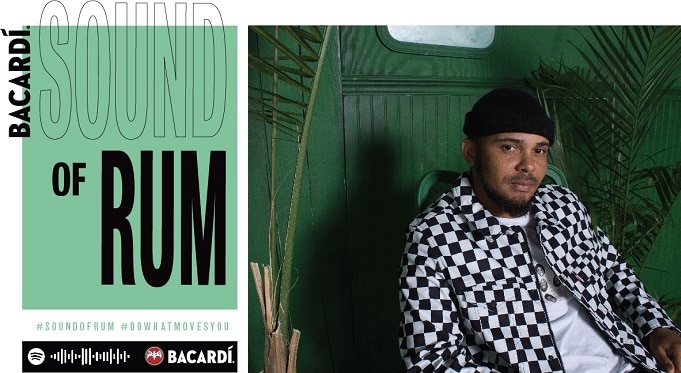 Bacardi Sound of Rum is a multi-platform showcase of Africa’s diversity of people and culture through the celebration of our music landscape. The party spirit is passionate about everything and anything that lets its fans ‘do what moves you’ – the freedom to dance, express yourself, be just who you are - and wants to bring fans the best sounds, songs and dance moves, to do just that. From New York to Cairo, Berlin to Accra, the history and influence of African music and resultant cultural exchanges have transcended time, race and all physical borders. Bacardi Sound of Rum is more than a music celebration - it’s a cultural movement that encourages and celebrates freedom of expression through music and dance.

Feel The Music With Barcadi Sound of Rum

Through a Bacardi-owned Spotify account (Bacardi Sound of Rum), carefully curated music playlists will be available to fans who get a chance be part of an all-encompassing musical journey, bringing to life the sounds that pulsate from dance floors across Africa and increasingly the world. Over the next few months, Bacardi’s carefully chosen guest playlist curators will select and share an always-evolving playlist that showcases the music, artists and genres that are moving people in South Africa throughout the summer.

Kicking off the campaign is Jamaican born music star, Walshy Fire - one third of global super group Major Lazer, who are also global Bacardi ambassadors. Walshy has curated the initial Bacardi Sound of Rum Spotify playlist that shares the music selections he believes will get fans moving this summer. Walshy recently released an album of collaborations with leading West African musicians and, through his extensive travels, has become a citizen of the world, an authentic explorer of African music and culture, and a keen collaborator to lead the Sound of Rum celebration in South Africa.

From October to February, consumers can look forward to not only hearing the Bacardi Sound of Rum, but can also taste the Summer of Rum through various activities and events at key bars, clubs and venues around South Africa, including the celebration of Bacardi’s new Summer Drink, Bacardi Rum and Appletiser. Party goers can easily mix and enjoy this summer cocktail at home with a bottle of their favourite Bacardi Carto Oro, Bacardi Carta Blanca or Bacardi Carta Negra (RSP of R189 at all leading retail outlets). 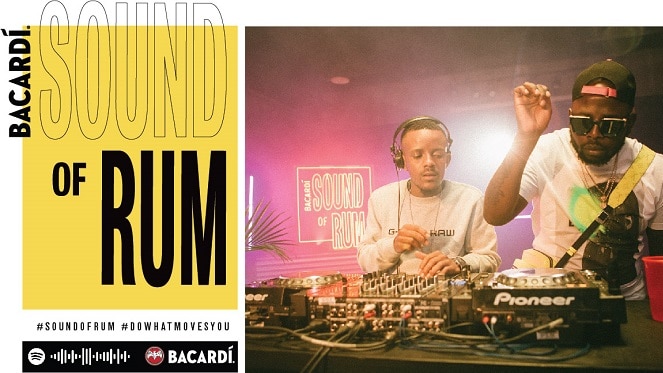 Bacardi invites South Africa to ‘Do What Moves You’ this summer – live life as your true self, have the freedom to let go, move and dance. Embrace the joy that comes from following your heart.  For more information on Bacardi Sound of Rum and the celebration of our diverse music landscape, keep an eye on the Bacardi Spotify account, social platforms following #SoundOfRum and visit Bacardi’s Youtube Channel.