A shot south of good old Johannesburg city, you will find the beautifully designed Mall Of The South. The centre has a variety of sit-down restaurants, coffee shops, fashion stores and much, much more. The 72 000 m² regional shopping centre has over 160 fabulous stores, free Wi-Fi and great visibility from two main arterial roads, namely Kliprivier Drive and Swartkoppies Road.

For more malls in Johannesburg, click here to take a look at our shopping guide to the city!

Did you know that Mall Of The South has 2351 parking bays and 162 stores? Well, now you do! For everything related to shopping and retail, the emporium is your ideal destination! When faced with so many clothing, tech, and toy store options it’s easy to get flabbergasted by all the different choices, luckily we’re here to help out. The list of stores covers almost all niches. Anchor tenants at the centre include Woolworths, Game, and Checkers!

Explore Shoping at the Mall Of The South. 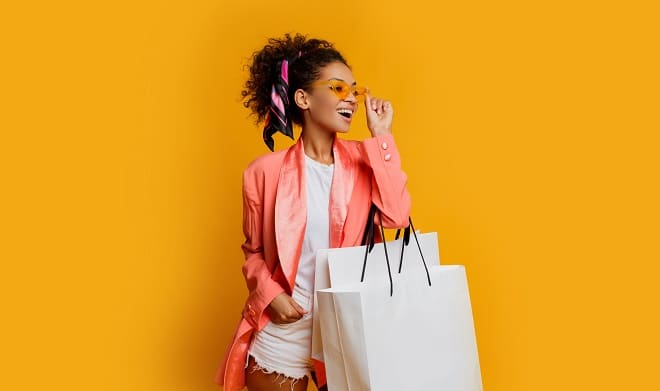 Are you in a complete rush and need to grab something on the go? Then why not pick from 12 different fast food eateries at Mall Of The South? Favourites include Chicken Licken, Buger King and The Raj Express! Or if you're in the mood for something a bit more relaxed, then take advantage of any (or all) of the 12 sit-down restaurants available. Our top picks would be Simply Asia, Mythos and Fournos! But there's way more to dining at this fine shopping centre. Follow the link below to find out more!

Explore Restuarants at the Mall Of The South. 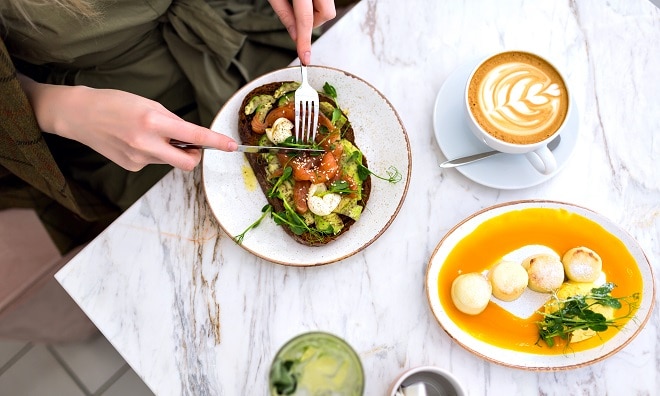 A craze that's swept the planet is trampoline parks. One such hangout can be found at Mall Of The South. Meet 21 Jump Street, a private party venue and wall-to-wall trampoline compound! It's a great place to drop the kids off while you leisure around the mall in search of a new wardrobe and a bite to eat. But the fun does not stop there! The centre also brags with an arcade aimed at the little ones. MR. Funtubbles brings a new tradition of family entertainment. Drawing on the nostalgia and excitement of yesteryear, their funfairs are located in a bright, clean and safe environment. the entertainment centre is packed with arcade games and stationary rides.

Explore Entertainment At the Mall Of The South. 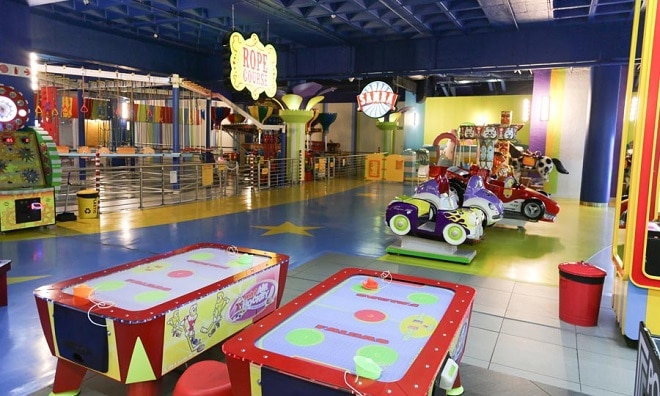 Are you one of the trendsetters who drive an electric vehicle? Then you're in luck! The mall is equipped with high capacity charging bays that can be used to charge your vehicle while you shop. The mall also offers precinct-wide free Wi-Fi, ensuring that you stay connected no matter where you are when visiting the compound.

Explore Services at the Mall Of The South. 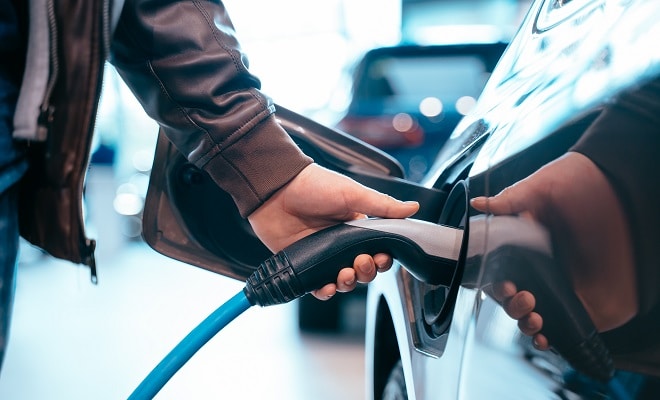 Slowly but surely more and more car manufacturers have started introducing fully electric cars to their production line. This comes as General Motors took on Tesla's Model S range of vehicles with the introduction of their Chevrolet Bolt released in 2016. The electric car may seem viable in countries that do not suffer from frequent power outages or even load-shedding for that matter. So the question must be asked, where does this leave South Africans who want to exchange their combustion engines for electronic energy? 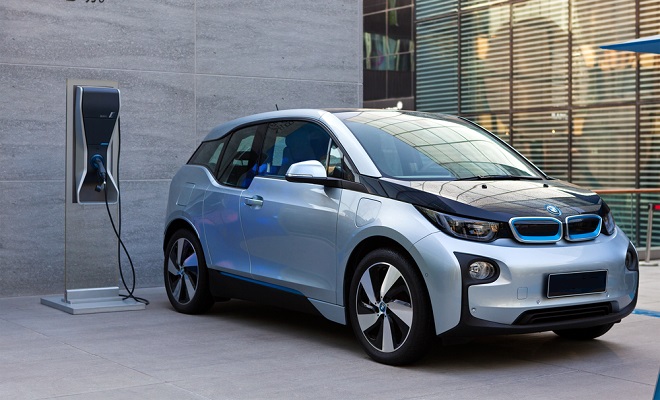 In a recent poll, 40% of participants - out of 30 000 people - voted that they would purchase an electric vehicle. Fair enough. The curiosity and demand is there, but is the infrastructure? Not yet. Manufacturing giants Nissan and BMW have teamed up with national power supplier Eskom to study the effects these cars have on our already-stressed power grid. According to Barry McColl, Eskom's GM for research, testing and development, the energy consumption for electric vehicles on average is 0.19kWh and that equates to an electricity cost of R1.30 per kWh - which is 4.2 times cheaper than filling up with fuel.

On 25 May 2015, MW Group South Africa (BMW SA) and Nissan South Africa (NSA) signed a memorandum of agreement that will see the two makers jointly plan and build a national grid of vehicle charging stations for use by their respective electric vehicles - the Nissan LEAF and the BMW i3. In September last year, the BMW Group had installed the first phase of public charging infrastructure for electric and plug-in hybrid electric vehicles in Melrose Arch. From thereon the focus will be to locate charging stations in central areas such as shopping centres where customers spend most of their time. 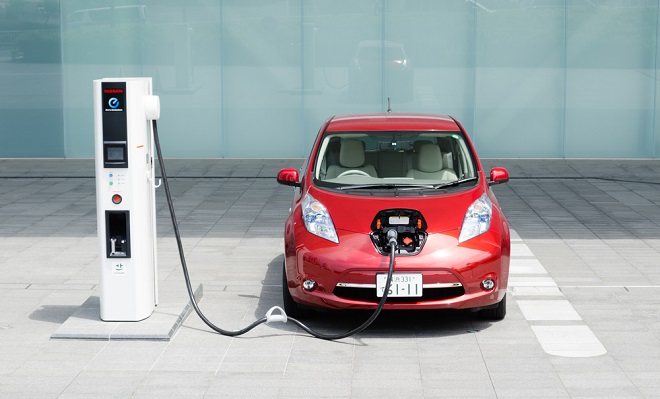 Though the infrastructure is slowly being put into place, it does not mean that the green car is doomed in South Africa. Nissan started the zero emissions movement in 2010 when it introduced the LEAF as the world’s first mass-produced Electric Vehicle. Its innovative design, modern battery technology and role in creating a market for 100% electric vehicles were recognised when it was named World Car of the Year in 2011. The LEAF was introduced in South Africa in 2013 and to date over 150 000 units of the pure-electric LEAF has been sold worldwide.

BMW SA introduced its lithium-ion powered BMW i3 in March 2015. The model has received global recognition for its innovative technology and zero carbon emissions. In 2014 the BMW i3 was named the Green Car of the Year by the Green Car Journal.

Planning and building a national electric vehicle charging infrastructure is a major feat, and the grid will be managed by a joint task team comprising of executives from both manufacturers. This endeavor concluded in 2017; since sales of both manufacturers' compact cars have grown along with the increase of charging points, which is the electric car in South Africa's biggest problem. 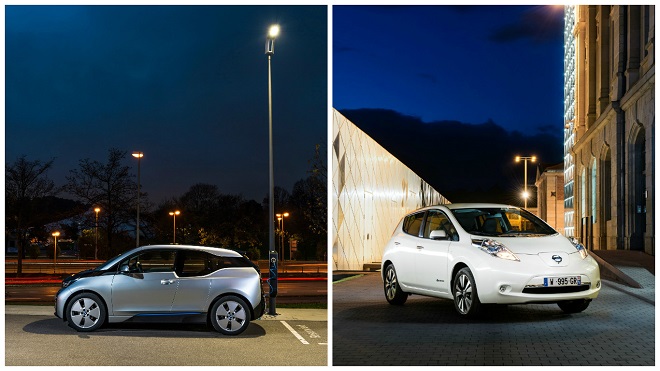