The Club is most importantly a place where young filmmakers can network with industry big-wigs and audiences alike. Here is where they can exchange ideas, debate, or simply enjoy a fun evening in the company of fellow film enthusiasts. Even though the film club continues to attract a growing audience, the vibe remains welcoming and relaxed. "It’s all about being part of a community; an eclectic incubator that shares resources to help independent film makers get better exposure and support," says co-host Jonathan Gimpel. 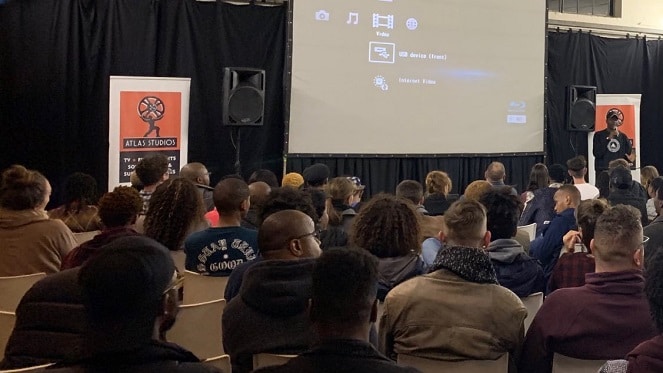 The First Wednesday Film Club is all about celebrating our unique South African film culture. Among the films that have ‘sneak-premiered’ at the club's events are Andrew Wessel’s Blitz Patrollie, Charlie Vundla’s How to steal 2 Million, Jann Turner’s White Wedding and Material starring Dr Riaad Moosa. The feature film for July 2019 was also a local production. Fanney Tsimong's "My Music My Culture" is a soulful documentary about the role and place of music in South Africa. Local artists and musicians share their thoughts on the healing and empowering powers of music and its potential to bring us closer to ourselves, our heritage and others.  Attendants were in for a treat as the filmmakers were invited to the screening. To keep an eye on upcoming features, click here.

The First Wednesday Film Club does also screen non-South African films. Previous screenings include Let the Right in, Black Power Mixtape (1969-1975) and Concerning Violence, both by Swedish filmmaker Göran Hugo Olsson. Ultimately, the club is a place for film lovers to explore a range of genres from both local and international producers. If you are looking for something more than the standard Hollywood blockbuster, this is the place for you. Join the club by registering on Atlas Studio's website. 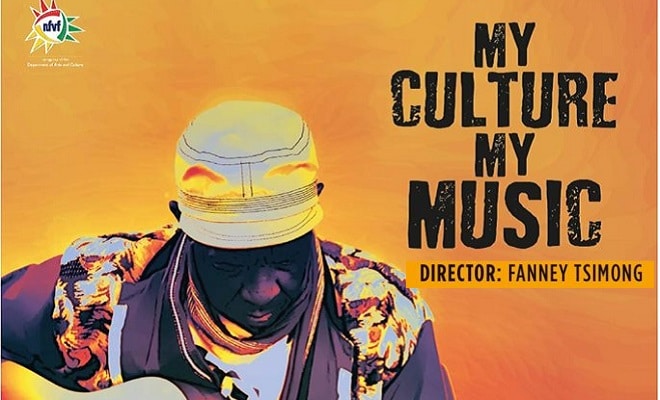 When you think of independent film houses in Joburg, The Bioscope should immediately come to mind. Situated within the uber-trendy Maboneng Precinct, The Bioscope prides themselves on being one of the most successful independent cinema's in the city. They host everything from classic film nights, rooftop movie nights, ugly cry nights, film festivals and kiddies holiday movies. If you are just venturing into the world of indie film, head straight to The Bioscope. They will have you well acquainted with artsy cinema from around the globe within no time. As a bonus, their adjoining restaurant, The Chalkboard Cafè, provides drinks, snacks and even gourmet meals for you to enjoy during the movie of your choice.

The First Wednesday Film Club started out in 2004. It was initially an initiative aiming to encourage young filmmakers to share their work, be exposed to films of different genres, network and be creatively inspired. While it was pioneered as an event targeted at film and television industry professionals, it soon expanded to include student filmmakers and general movie enthusiasts. The First Wednesday Film Club is hosted on the first Wednesday evening of every month at Atlas Studios in Milpark. Audiences are treated to refreshments and an informative Q & A session following the screening. If you are an aspiring filmmaker, this is the event for you as it provides great networking opportunities.

To find out about upcoming screenings, join their Facebook group.

Keleketla! Library is an interdisciplinary, independent library and media arts project based in Troyeville, Johannesburg. While they are predominantly concerned with the literary arts, they do occasionally host screenings of cutting edge documentaries. Their lending and reference library also houses audio and video archives, as well as other unconventional library materials. This venue is a great space for young artists and students interested in South African media including art, publishing and audio-visual technology.

Check out their Facebook page to keep up to date with their upcoming events.

Drive In SA have brought back old-school cinema in a big way. While many of us aren't old enough to remember good old drive-ins, we have all heard stories about the magic of the experience. Packing up your car, filled to the brim with snacks and comfy blankets, finding the perfect place to park off and watching a movie on a giant screen while listening to the audio through your car radio. Sounds like a cool way to appreciate film, right?

Drive In SA host at least three yearly drive in events at venues all around Joburg. The best part of it all is that you get to choose the movies you want to see. Voting takes place over Facebook, with only one rule in place - one of the films has to be kid-friendly. If you happen to forget your snacks, don't break out in a sweat - Drive In SA offer hotdogs, burgers, popcorn and soft drinks.

The Orient is a boutique hotel situated in Elandsfontein, Pretoria. While you may have to venture out of Joburg for this one, it is well worth the effort (and petrol expense). Think Casablanca, Breakfast at Tiffany's and Gone With the Wind, in one of the most opulent private cinemas in Gauteng. The Petit Alhambra seats just 20 people, and features rich burgundy carpets, velvet curtain hung walls and plush upholstered seating. This venue frequently hosts a film club gatherings and screenings of both the classics and latest releases. Hire out the theatre for a private event or conference. We think this would make an ideal birthday party venue for a classic film lover with an eye for opulence.

Do you know of any other independent cinema venues in Joburg? Let us know about them!