It's quite the profound day for all the cider lovers out there as we celebrate World Cider Day and say cheers with the cool, crisp Strongbow Apple Cider.

This popular cider has become the sip and gulp amoungst many moments shared in a good party, event, festival and bringing family to surround a good old fashioned South African braai. Who can resist this refreshing wash down by the famous and ever celebrated, HEINEKEN South Africa.

Producing ciders bottling a refreshing smooth taste of Strongbow, proudly made and  sold in Mzansi locally at HEINEKEN’s world-class brewery in Sedibeng.

A Taste Of Something New...

In celebration of World Cider Day, Strongbow has made it their business to not only quench our thirst, but school us a bit so here are five interesting cider facts that they wanted to pair with your cider indulging self.

#5 From the UK with love

Cider is a favoured drink in many of the original Commonwealth countries including India, Canada, Australia and New Zealand and, South Africa.

South Africa is currently the second largest market by volume for Strongbow® in the entire world after the UK.  Clearly the apple-based beverage is loved by South Africans! 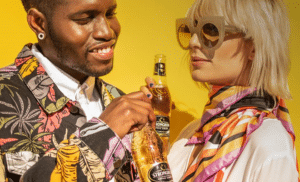 #3 One apple-based cider, catering to many tastes

The Strongbow® Apple Ciders range has a crisp and accessible taste, that is appealing to both men and women. The range offers a wide variety of modern flavours ranging from sweet to dry, however the HEINEKEN cider stable ensures the product is always based on apples as the key ingredient. Three variants are available locally, namely Original Dry, Gold Apple and Red Berries, but internationally there are a few more including Medium Dry, Elderflower, Dark Fruit, and Rosé Apple.

#2 Proudly made in Mzansi

HEINEKEN South Africa produces cider bottles sold in South Africa locally at HEINEKEN’s world-class brewery in Sedibeng, Midvaal along with many of their products including Amstel® and Heineken®. These locally produced ciders are also transported to Namibia and Botswana.

In South Africa, HEINEKEN's cider brand is its global flagship cider, launched in South Africa in September 2016. Since the brand’s launch, the brand has gone from strength to strength, with South African cider fans helping to make our local market second biggest for Strongbow® worldwide.

In November 2018, Strongbow® Cider was awarded the “World’s No. 1 Cider Brand”, which was largely based on its global volume sales for 2017*.