The South African House music scene keeps growing, evolving and reinventing itself. House music is consists of many sub-genres, but Gqom and Amapiano currently have party goers ‘doing the most’, as they would say. However, there are music fanatics that'll argue that the two sub-genres take their roots from kwaito.

Gqom and Amapiano are undoubtedly the most played and spoken about genres in the South African music industry. Even though the two genres come from opposite sides of the house music spectrum, they both emerged from the townships in Durban and Pretoria, respectively. 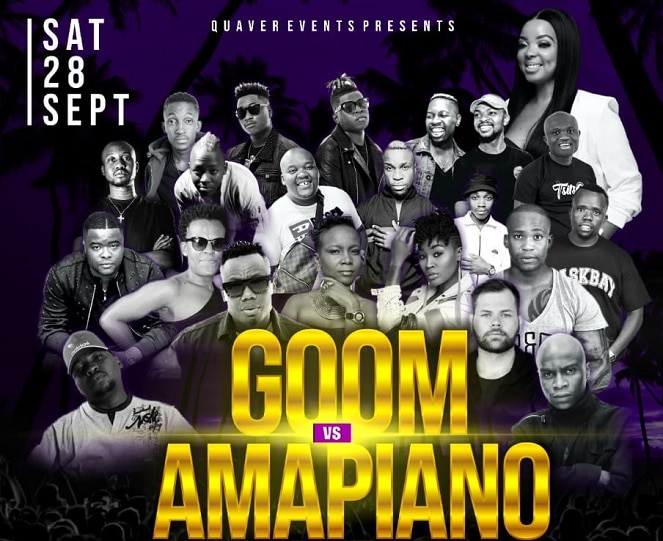 A Little Background On The Origins of Gqom & Amapiano

iGqom was created in the backrooms of then up-and-coming house producers in Durban and found an audience in people who lived in the townships. This genre of electronic dance music emerged in the early 2010s. It developed out of South African house music, Kwaito and Hip-Hop. Gqom is typified by minimal, raw and repetitive sound with heavy bass beats. The gqom sound was popularised by artist like DJ Tira, Destruction Boyz and Babes Wodumo to name a few.

From taxi rides in Soshanguve and Mamelodi to street bashes in Mapetla and Mohlakeng, the Amapiano sound is re-forming the sound of house music in South Africa. Amapiano is a new sound which seems to have originated in Pretoria. The sound which is known as "Amapiano" is a mix of deep house, Qqom all mixed in with the jazzy, soulful sound of the piano. Pioneers in the Amapiano sound include Dj Maphorisa, Kabza de Small and Dj Sumbody.

The two genres have taken music in South Africa to another level, each sound captures the evolution of music culture that is inspired by the township life. The sounds of Gqom and Amapiano are not only locally recognised but have inspired international artists and DJs who have either drawn inspiration from the sound or dance moves associated with the genres.

The Gqom and Amapiano Concert, brought to you by Quaver Events, will feature the top artists and DJs representing either the 013 or 012 sound, showcasing the best that Durban and Pretoria have to offer. The lineup includes performances from DJ Tira, Naak Musiq, Vigro Deep, DJ Sumbody, Destruction Boyz, Professor, Lamiez Holworthy, Da Josh, DJ Cndo, DJ Maphorisa, Team Mosha, Dr Malinga, Kabza Da Small, Jazzi Desciples and many more. Zodwa wa Bantu and Liquid Metsi will be your hosts for the evening.

Tickets cost from R150 per person and can be bought at Computicket.

For more information about the Qqom & Amapiano Concert, visit www.suninternational.com.

The growing culture of showing lots of appreciation to music is a reality as we welcome the first Amapiano National Festival taking place at the groovy Con Hill.

Amapiano music has taken Mzansi by storm, moving everyone from their seats and onto the dance floor. The country has embraced it and are loving it.

Whether you have heard it or not, you have to be at the festival.

South Africa is filled with talent and upcoming genres that cater to all the dance moves that the country has to show off so why not have fun at the Soulified Chillas Presents The Yanos.

Enjoy the famous and fast growing Amapiano music genre as they get you moving to the groovy jams. What better way to celebrate Youth Day than dance and good music.

Have a super sunset experience with the rest of Jozi.

Entrance is R100 per person, get your tickets Here.