Est. Reading: 3 minutes
Fine wine collectors, this one is for you! In cased you missed it, Strauss & Co’s inaugural Fine Wine Auction is coming to Joburg early this June! 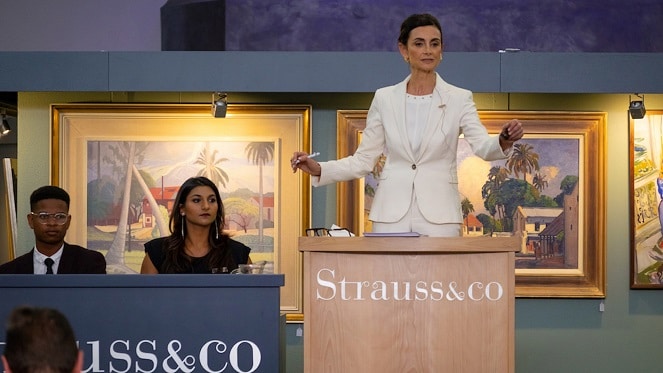 Strauss & Co’s Inaugural Fine Wine Auction, in partnership with online fine wine merchant, Wine Cellar, and leading sommelier, Higgo Jacobs, will be taking place early this June, offering a selection of the finest South African wines on auction. This forms part of a week of art and wine, and follows after Strauss & Co’s first Saturday Live art auction which takes place in the morning.

Recent vintages have delivered a new level of quality, as international commentators agree that South Africa is undergoing a fine wine renaissance. World wine authority, Neal Martin, believes no other country is as ‘dynamic, progressive and exciting’. Expert sommelier, Higgo Jacobs, has carefully curated 180 lots, for what is arguably one of South Africa’s most exciting wine auction offerings to date.

The catalogue can be viewed on straussart.co.za and Winecellar.co.za from Friday, 17 May 2019.

The auction hosts a line-up of great modern wines along with historic wines that energised the new generation of producers, and includes South Africa’s three perfect-score wines.

Among the most impressive wine lots on offer, are four lots with six bottles of Kanonkop Paul Sauer 2015. South Africa’s own ‘first growth’ produced a 100-point wine in 2015 according to Master of Wine, Tim Atkin.

Two other South African wines have received perfect scores from international critics and are also on offer. The GS 1966 Cabernet is shrouded in mystery and is arguably South Africa’s rarest wine. Produced as an experiment by George Spies, it was reportedly very tannic in its youth, so it was never commercially released. As the wine matured, rare bottles became recognised by wine royalty, Jancis Robinson, who awarded it the perfect 20 points. More recently, the Chateau Libertas 1957 from the Winshaw cellar was awarded 100/100 from Master of Wine, Greg Sherwood. Both vintage gems herald from arguably the best cellars and the 1957 was recorked by Amorim Cork, securing quality and further long life. 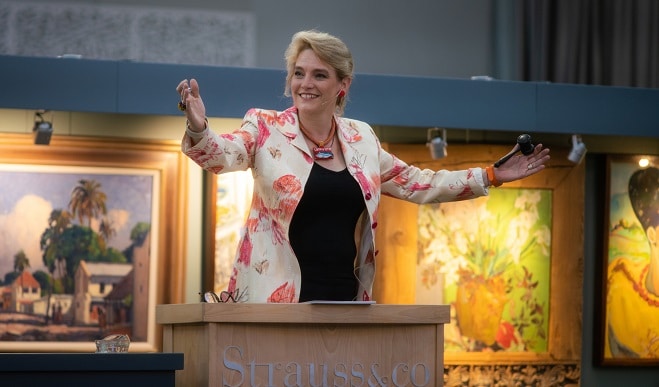 This auction spans three centuries from South Africa’s oldest living wine, Joubert Muscat d’Alexandrie 1800, to the latest 2018 vintage. Seven generations of the Joubert family have cared for the 100 litre barrel of Muscat, which is topped up each year. The solera-style, richly-sweet wine was born in 1800 and was rated 99 points by Neal Martin.

Other legendary wines include a Magnum of KWV 1948 vintage port, as well as the unreleased first vintage of Klein Constantia Vin de Constance, 1986. Two extremely rare wines from the 1990s are also on offer - 1 x 3 bottles of Cordoba Crescendo 1998 and 1 x 6 bottles of the Penfolds-beating Stellenzicht Syrah 1994.

Perhaps the rarest wine in the modern era which will be featured in the auction is a 1 x 6-bottle lot of the unreleased Alheit Family Radio Lazerus 2018. Only 76 bottles were produced from this dying old-vine Stellenbosch Chenin Blanc vineyard.

Other notable lots to go under the hammer include the first vintage of Boekenhoutskloof, the Journeyman and Porseleinberg, as well as the Niepoort & Sadie Partnership, Cape Charme. 2 x 6-bottle lots of possibly South Africa’s finest red wine, Eben Sadie’s Columella, is available from 2012, along with a vertical case spanning 2001-2012. Some new stars include the Mullineux Family, Richard Kershaw and Crystallum.

Other leading modern producers to go under the hammer include multiple lots of both Vilafonte Series C and M, Chris Keet’s First Verse and Glenelly Lady May. More classic producers will also feature with mature vintages of flagship reds from Vergelegen, Warwick, Waterford, Meerlust and Rustenberg. Great vintages of mature whites from Ken Forrester and Paul Cluver join double Magnums of De Toren Fusion V and a 5-litre Paul Sauer 1987 in a ground-breaking and comprehensive South African Fine wine auction.

If you'd like to partake in the auction but cannot attend, you can submit absentee bids or request a telephone bid. Email the completed bid form to [email protected] or call 011 728 8246.

If you would like to brush up on your fine wine knowledge, there will be two Fine Wine Workshops held on 05 and 06 June 2019 at Strauss & Co, 89 Central Street, Houghton.