Est. Reading: 2 minutes
South African Lungi Mchunu is set to travel to the North Pole - being the first African female to take on this expedition. Here's Lungi's story. 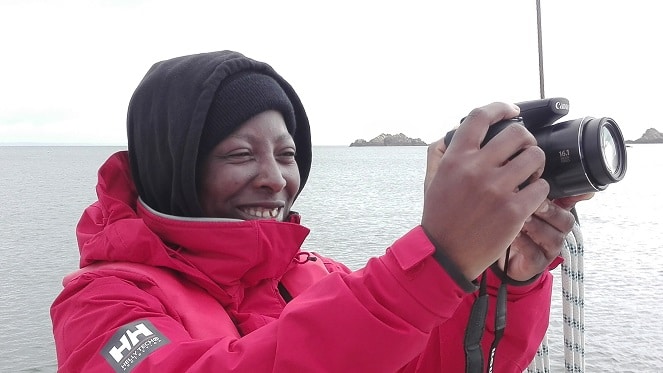 In July 2018, South African sailor and photographer Lungi Mchunu will giver her shot at a record attempt to become the first African woman to sail to the North Pole. Lungi will set sail from Rostock, on the northern coast of Germany, to the North Pole and back again. This expedition has caught the eye of Canon South Africa who will supply Lungi with a Canon EOS 800D and lens to document her journey with. Lungi aims to create a visual diary of the devastation left by climate change. Lungi's passion for photography in 2013 when she captured the local basketball scene, bringing it to an international level. The historic trip will take an estimated two months to complete, ending in the first week of September before winter starts to settle in and the ice at the North Pole begins to form again. Lungi will use her film and photographs to ‘paint’ a picture of the impact of human behaviour on the planet. She will use her experience, and the knowledge imparted by scientists and researchers, to customise the story for her African audience. Chatting to Lungi it is clear that she boasts a boatload of confidence: “Before I began sailing, I was just as uninformed as the next person about ocean health and climate change issues. While most people will never travel to the Arctic [north], it touches our daily lives in more ways than we realise. Scientists refer to it as the world’s refrigerator. It keeps the planet cool and plays a critical role in regulating global temperatures and counteracting climate change. To bring it closer to home, if the arctic ice continues to melt at the rate that it has, the heat waves that South Africans have been experiencing will become worse, so will drought, which is already a problem affecting our agricultural sector. The fieldwork that we will be doing is aimed at being proactive; study the ice melting rate and how it affects the weather patterns that we will experience in South Africa over the festive season." To Lungi it is of great importance for her audience to understand the impact of our behaviour on the environment. Above and beyond gathering information and doing research, Lungi aims to inspire South Africans to change.  Post expedition, Lungi plans on doing a photo exhibition and conducting talks on climate change at schools, companies and non-profit organisations. Take Your Seat At The Table These Easter Holidays