The Bioscope Independent Cinema is proud to host a special screening of the much-anticipated ‘Rafiki’, Kenya’s first film to be invited to the Cannes Film Festival. 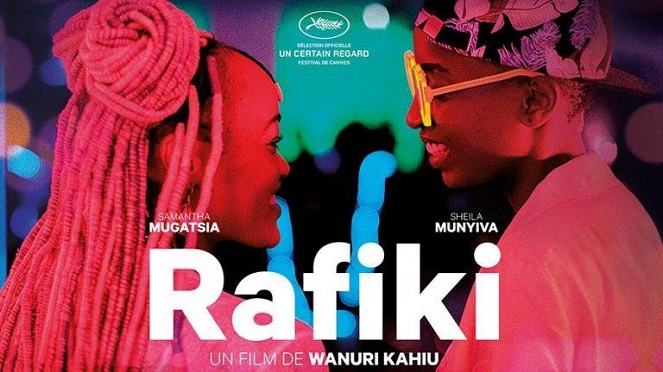 Wanuri Kahiu’s RAFIKI is the first Kenyan feature film invited to Cannes Film Festival. In 2018 it featured as part of the Official Un-Certain Regard selection at the festival. Despite facing massive criticism back in Kenya, RAFIKI has gone on to receive great international recognition for its LGBTQ+ positive themes. The Bioscope Independent Cinema is proud to host a series of special screenings following the film’s official release in late June.

The premise for the film is as follows:

“Good Kenyan girls become good Kenyan wives,” but Kena and Ziki long for something more. Despite the political rivalry between their families, the girls resist and remain close friends, supporting each other to pursue their dreams in a conservative society. When love blossoms between them, the two girls will be forced to choose between happiness and safety.

Tickets cost R60 per person, or R110 per person for a Margarita pizza and Aces Blonde Cider Combo with your ticket.

Follow them on social media for event updates and news about special screenings:

Forbes Africa Under 30 Meet Up

What Is It? Join the motivated millennials at the Forbes Africa Under 30 Meet Up. These young movers and shakers will......