Est. Reading: 2 minutes
The holiday season is the perfect time to enjoy a Christmas movie. And just in time for the merry rush, The Man Who Invented Christmas will be hitting big screens across the country on 15 December 2017. 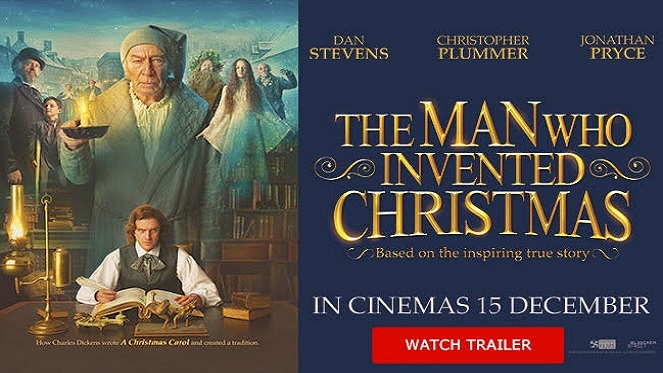 A bestselling writer in Victorian London sets out to revive his flagging career and reimagines Yuletide celebrations in The Man Who Invented Christmas - an entertaining and enchanting glimpse into the life and mind of master storyteller Charles Dickens as he creates the quintessential holiday tale, A Christmas Carol.

After a string of successful novels, the world-renowned writer, Dickens (Dan Stevens), has had three flops in a row. With the needs of his burgeoning family and his own extravagance rapidly emptying his pockets, Dickens grows desperate for another bestseller. Tormented by writer's block and at odds with his publishers, he grasps at an idea for a sure-fire hit, a Christmas story he hopes will capture the imagination of his fans and solve his financial problems. But with only six weeks to write and publish the book before the holiday, and without the support of his publishers, he will have to work feverishly to meet his deadline.

Dickens locks himself away to write, but his chaotic household that now includes his profligate father (Tony winner Jonathan Pryce) is a constant distraction. Working late into the night, the writer channels his own memories to conjure up the ghosts of Christmas Past, Present and Yet To Come and places them on a collision course with the misanthropic miser Ebenezer Scrooge (Oscar winner Christopher Plummer).

Based on Les Standiford's 2008 book, The Man Who Invented Christmas: How Charles Dickens's A Christmas Carol Rescued His Career and Revived Our Holiday Spirits, the movie brings the imagination of one of the world's best-loved authors to vivid reality as he creates the masterpiece that has shaped modern-day Christmas celebrations for more than 150 years.

Where To Catch This Festive Christmas Movie

The movie will hit big screens on 15 December 2017 at the following cinemas across the country: