The Peoples Theatre celebrate 20 years at the Joburg Theatre complex with a little wit and a lot of fun in the Jungle Book Kids. We were invited to take a sneak peek at what lies deep within the jungle on Sunday, 08 March 2020. Needless to say, we left with a spring in our step and the ‘Bare Necessities’ stuck in our heads. Read on to find out why you should be taking the kiddies along to see this stage production. 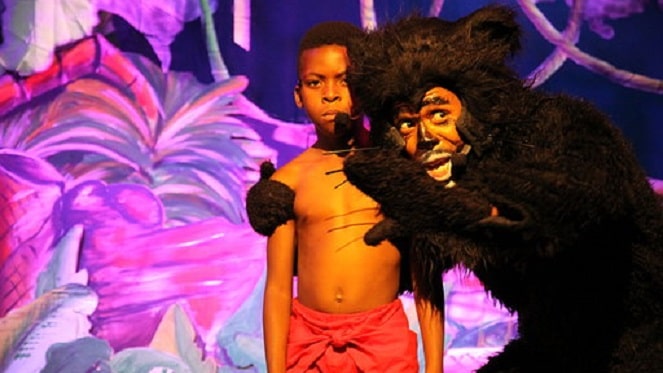 Disney’s The Jungle Book is an undoubted classic. With its endearing main character, Mowgli, his band of jungle buddies and an iconic songbook, it makes for a grand spectacle on stage. The Peoples Theatre, being seasoned children’s theatre geniuses, only adds to the fun and fantasy of the production. Working in collaboration with Coenraad Rall (musical director), Sandy Dyer (musical staging) and Grant Knottenbelt (set and lighting design), the Peoples Theatre team presents the epitome of family-fun entertainment with The Jungle Book Kids!

It’s quite a mean feat representing an entire jungle on a tiny stage, but The Peoples Theatre are no amateurs. Abundant plant life, a cascading waterfall and swinging vines set the scene for the opening number of The Jungle Book Kids. Using clever design and a few secret theatre tricks (I won’t tell, I promise), they have crafted a visceral world on stage, which quickly draws children’s attention. 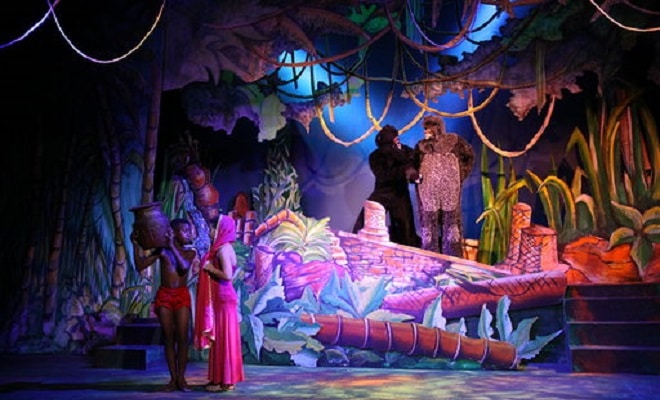 Impressive Acrobatics And A Laugh-A-Minute

Mowgli (played by the charming Kwanda Mtombeni) and his panther pal Bagheera (played by Thokozani Jiyane) burst onto stage with vibrant energy. The trusting relationship between the child actor and the professional is evident throughout the production, aiding the emotive element of the story. I must also congratulate Jiyane on his nimble acrobatics as the panther. The kiddies were certainly delighted by his fancy footwork, as was I.

Mogwli’s biggest ally, Baloo the Bear, is played by Luciano Zuppa. A seasoned musical theatre performer, he is never afraid of making a fool of himself, which pays off well as the children revel in his goofy portrayal of the much-beloved character. As in the Disney film, Baloo quickly becomes the comic hand, as he bumbles through the jungle living by his motto of simplicity and carefree apathy. But, of course, as young Mowgli claws his way into Baloo’s heart, we see a softer, yet more worrisome side to him. The personification of the paradoxes of parenthood, Baloo easily endears himself to both the little ones and parents. A definite nod to Zuppa for his ability to play both the fool and the soft-hearted parental figure. 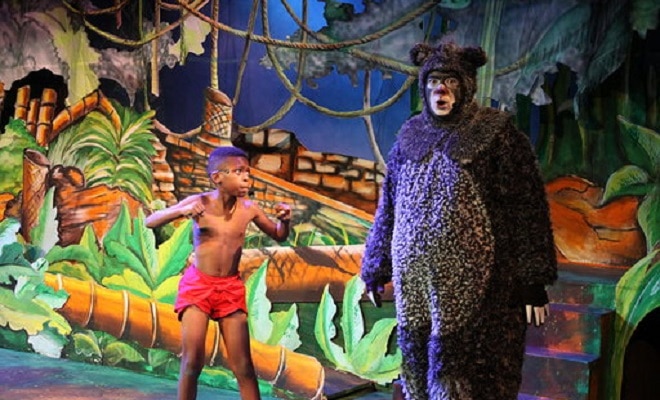 At this juncture, I must mention that the costumes for the production were masterfully done. Cries of “look how cute that baby elephant is“, were resounding, as costumier Linda Wilson matched the enchantment and fun of the set with her detailed costumes. Props to the performers too, for managing numerous quick changes and the heat of full body suits under melting stage lights!

One such quick change artist was Clive Gilson, who took on the roles of Sheer Khan, Colonel Harti and King Louie. Gilson is a multi-talented performer, able to effortlessly slip between characters. Giving each their own personality, he masqueraded as the villain, the stern commanding elephant and the swanky king of the apes. Having seen him deliver a stunning performance in Janice Honeyman’s 2019 pantomime, I expected nothing but excellence. However, Gilson managed to surprise with his versatility, earning him a horde of new fans, including myself.

A relative newcomer to the stage, actress Bethany-Joy Jiyane went toe-to-toe with Gilson. Also taking on three minor characters (Kaa the Snake, Winifred and King Louie’s wife), she held her own well. Shining as the frumpy Winifred, she most certainly has a talent for evoking giggles from an audience. 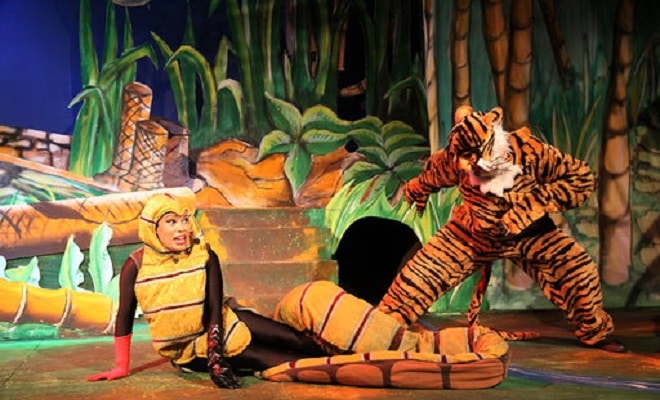 The Peoples Theatre have once again successfully taken a Disney classic and made it relevant to a South African audience. While the story of The Jungle Book is universal enough, they add their own special flair to make it uniquely theirs. It is this brand of stage magic that I encourage you to invest in by taking your little ones to see The Jungle Book Kids before it closes on Sunday, 26 April 2020. It’s a swinging good time! 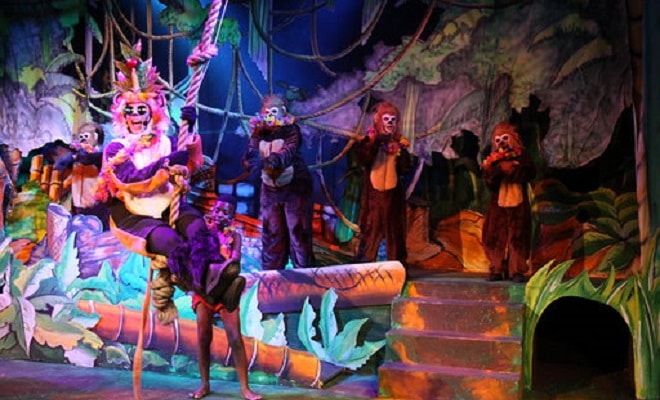 Click here for more information about The Jungle Books Kids.

You can also visit The Peoples Theatre’s website for details on upcoming shows, kids club memberships and school tours.

What Is It The event, fashioned along the lines of the highly successful Doek on Fleek All White Picnic held......