Est. Reading: 2 minutes
From zero to 100 in 2.7 seconds, a Porsche 911 Turbo would be the best way to get from point A to point B. We were cool enough to take one of those machines around the world-renowned Kyalami Grand Prix Circuit. 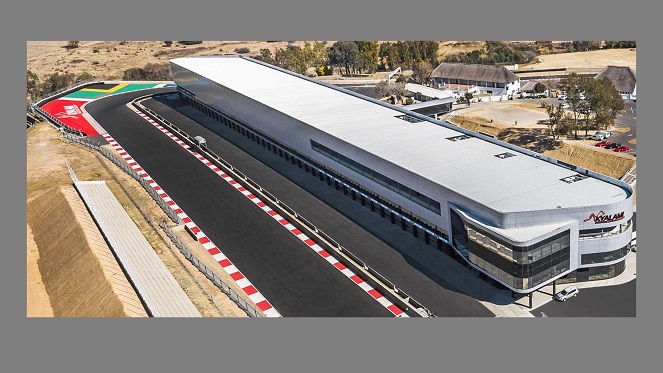 The recently revamped Kyalami Grand Prix Circuit and International Convention Centre in Midrand has evolved into so much more than just a weekend hangout for petrol heads. It is shrouded in interesting facts.

Where it all began

For instance, it opened in 1961 and was used to host the South African leg of the Formula One Grand Prix Championship until international sanctions were imposed because of Apartheid. The original circuit was rated as one of the most dangerous tracks in pro racing and claimed the death of Welsh F1 driver, Tom Pryce. Bends and turns such as the infamous Leeukop Bend and the Kink were removed. Today the track is not only a place to burn rubber but a great spot hosting events and conventions, such as the first-ever Comic-Con in Africa. Fast forward a couple of decades and we're standing on the revamped, redesigned and ultra-modern Kyalami Grandprix Circuit. In 2012, the plot went up for auction. Most of those who attended the bidding wanted to bust down the pit building, rip up the tarmac and turn 77 acres of racing history into middle-market apartment blocks. This was curbed by Toby Venter of Porsche South Africa, who won the auction with a bid of R205 million.

To Toby the 77-acre property is more than just a piece of land with curves and bends of asphalt on it – he has spent decades with his family at the Kyalami Grand Prix Circuit. He sees it as part of South African automotive history that must be restored and preserved for future generations. That is why events such as the SA Festival Of Motoring are now possible — because there is a world-class venue available. More than just a pit building for use at motorsport and motoring events, the structure has been revamped to include world-class facilities for all-year-round conferencing, exhibitions, trade shows, product launches, private functions and activations. The centre is equipped with state-of-the-art kitchens as well as upgraded ablution facilities. There is ample parking around the centre and across the bridge, ensuring convenient access for your guests. The Kyalami International Convention Centre is conveniently situated in the business heart of Gauteng between Pretoria and Johannesburg, and promises to add a unique and inspiring experience to your meeting, conference or exhibition. Events on all scales are professionally planned, implemented and supervised by the Kyalami team.

Have you been to the refurbed Kyalami Grand Prix Circuit? Let us know in the comments below. Sharing is caring, so show this article to a buddy or three on social media.