We have a couple of drinking games you and your friends can play to make the most of this long weekend. 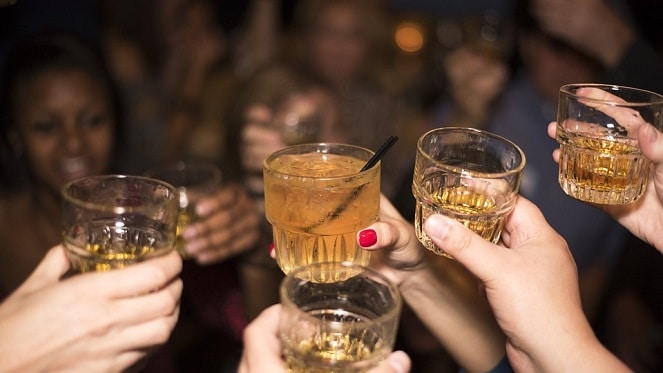 Cards Against Humanity is a party game for horrible people. Unlike most of the party games you’ve played before, Cards Against Humanity is as despicable and awkward as you and your friends. The game is simple. Each round, one player asks questions from a black card, and everyone else answers with the funniest white card. The person with the funniest and most shameful white card wins.

Never Have I Ever!

Next is an all time favourite, Never Have I Ever. If you manage this game without taking a single shot, who are you? This game is all about spilling secrets and admitting all your embarrassing stories. If you have been found guilty of any questions asked, you’ll need to take a shot!

Remember 30 Seconds is just a game. So don’t take it too seriously! The aim of the game is to describe (without saying the actual words, using any sounds or rhyming tactics) five words to your friends in 30 seconds or less. To make this a drinking game, losers should take a shot if they are unable to guess the names.

Beer Pong is a drinking game in which players throw a ping pong ball across a table with the intent of landing the ball in a cup of beer. The game consists of opposing teams of two or more players per side with 6 or 10 cups set up in a triangle formation on each side. If you’re not a beer lover, replace it with a drink of your choice.

On the count of three, everyone points to whoever they think would be most likely to do whatever was mentioned. You have to take one drink for every person who’s pointing at you. So, if 5 people think you’re most likely to get in trouble with the police for flashing, then you need to drink five drinks. Make sure you make the questions interesting!

Flip cup is a team-based drinking game where players must, in turn, drain a plastic cup of beer and then “flip” the cup so that it lands face-down on the table. If your cup falls off the table, any player can return said cup to the playing field. Several flip cup tournaments have been held in the United States but you can have your own flip cup tournament in your own backyard whilst braaing some lekker meat.

Up Chickens, Down Chickens

For this game, you’ll need two teams and a coin. One team will pass the coin around to different team members under the table. When the second team says ‘up chickens’, everyone must raise their hands, keeping them closed to hide the coin. When they shout ‘down chickens’, the first team must place their hands flat on the table. Then the second team has to guess where the coin is, eliminating the hands on the table one at a time. If they find it, the team with the coin has to take a drink, if they don’t they take a drink.

Drunk Jenga is like normal Jenga but with funny and crazy challenges written on each of the 54 Jenga blocks. The trick is to pick up one block from the set pile of blocks with one hand and place it on top of the pile. If the stack falls, you chug your drink and pick up two blocks and complete the challenges.

Do you have a poker face? Well then, this game is just for you. To master this game, you need to keep your straight face at all times. One at a time, each player will choose a slip of paper and attempt to read whatever is written on it without giggling or cracking a smile. If they fail, they have to drink.

This game shouldn’t have been made, but consumers demanded it, so here it is! This game is for those who aren’t afraid to take on a challenge. Combining traditional Beer Pong with Truth or Dare, Fear Pong is guaranteed to make you do something you never thought you would.

Where To Stock Up On Drinks

To stock up on beer, gin, tequila and any alcohol you’ll need, we have a number of alcohol apps for you, check these out! Don’t forget to stock up on Castle Lite for those Beer Pong matches. The Castle Lite Cold Lock will keep that chill intact, ensuring you will always have a refreshing drink on hand.

Wait you still buy ice? 👀 The new Cold Lock keeps your beer Extra Cold for up to 3 hours. No ice needed. Get yours today! #ExtraColdRefreshment pic.twitter.com/TjthqIac2n

What Is It? The COLLISION Tour - Johannesburg is here and ready to get you entertained Joburg. The event will......