Home » Q&A With Heather Of 2 Summers

Q&A With Heather Of 2 Summers

Est. Reading: 4 minutes
For quite some time now we've grown to love the work created by local bloggers, and our absolute favourite is Heather of 2 Summers. She has been documenting Johannesburg city through the lens of a tourist though she's been living in Melville for quite some time. Shawn Greyling had the oppertunity to pick her brain on what drives her to do what she does. 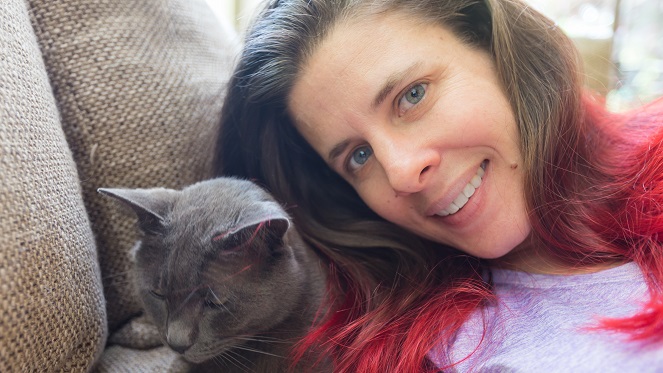 We often joke in the office that the best blogger in Joburg is not even South African. What makes your approach to writing about the city so unique and exciting?

After starting my blog, I noticed right away that South Africans are fascinated by a foreigner's perspective on Joburg. I think I see the city differently from the way most locals do because I didn't grow up here and don't have any memory of what Joburg was like 10, 20, or 30 years ago. This city has changed so drastically in a short period of time, and those changes can be hard for many lifelong Joburgers to understand and cope with. But I only see the city as it is now, through the lens of an outsider. No matter how many years I live here, I still feel like I'm a tourist. I think my readers really enjoy that perspective.

Whereabouts in the USA are you from and why did you move to Johannesburg?

I was born in the suburbs of Baltimore, Maryland, and spent my whole life in the Washington D.C./Baltimore area before I moved to Joburg in 2010. I came here because I had a South African boyfriend -- a photojournalist I met several years before, when he was freelancing for the NGO I worked for at the time. After a few years of internal anguish, I made the decision to abandon my conventional, 9-to-5 life in Washington and move across the world to Joburg. I had absolutely no idea what I was getting myself into and it wasn't an easy transition. I knew hardly anything about Joburg at the time. My boyfriend died about a year-and-a-half after I moved here, and things were definitely touch-and-go there for a while. But as it turns out, Joburg was exactly where I belonged. What can great American cities such as LA or New York City learn from Joburg?

I often say Joburg has a lot in common with big American cities, especially New York and LA. People migrate here from all over the world; it's a place where people come to make money and pursue their dreams and express their creativity. If I had to pick one thing that New Yorkers and Angelenos could learn from Joburgers, it would be patience. Joburg might be a fast-paced city compared to other places in South Africa, but the pace here is still way slower than it is in New York or LA. The lack of infrastructure and crazy bureaucracy in Joburg forces people to slow down, relax, and not sweat the small stuff. Also, people are just nicer here. People don't smile and greet each other on the street in New York or LA; they don't ask how you're doing and actually wait for an answer. In Joburg, these things still happen and I think they always will.

What can Joburg learn from these cities?

Joburg needs to learn to believe in itself. There are still so many people living here who think Joburg (and South Africa more generally) is a "bad" place and aspire to live overseas because they believe life is better elsewhere. But the truth is, Joburg has everything New York City has (except for the great public transport and stratospheric real estate prices). Joburg is one of the great cities of the world and more Joburgers need to start believing this. Out of all of the cool hangout spots in town, where are we most likely to bump into you?

More likely than not, you'll find me in Melville or its immediate surrounds. I live in Melville and it's my favorite Jozi suburb. At the moment, my favorite new(ish) Melville hangouts are Perron, the new outdoor park at 27 Boxes, Hell's Kitchen, and Freedom Hair (which, despite being a barber shop, serves the best coffee in Melville). I also love the old Melville landmarks -- the Ant and the Lucky Bean. And in the surrounding area I love the Richmond Cafe, Breezeblock in Brixton, and the Roving Bantu Kitchen (also in Brixton), which is the best place in the area for authentic South African food and live music.

You've got friends from out of town visit, where do you take them for dinner?

For a really nice dinner out I'd choose Urbanologi in the 1Fox complex downtown. I love Urbanologi's atmosphere and its innovative tapas, and the craft beer from Mad Giant (made on the premises) is fantastic. Are you more of a Marble kinda gal or would you rather hang out at Love Me So in Melville?

I'm a little ashamed to admit this but I've never been to Marble. (I keep waiting for an invite from someone who can foot the bill.) There's definitely a better chance of finding me at Love Me So -- in fact I was there three days ago. It's two blocks from my house and the ramen is great.

One of your biggest claims to fame with 2 Summers when you did one unique thing a week in the city. What did you learn from that?

I loved the #Gauteng52 project, for which I visited one new place in Gauteng every week of 2017. It certainly reinforced the knowledge that I will always be able to find new things to discover in Joburg and the surrounding areas. When I first started the project, some of my friends doubted I would be able to find 52 new things to do around here. And yet I didn't even get close to the bottom of my to-do list.

I'd just like to say how lucky I feel to have stumbled into such an amazing life in this amazing city. Ten years ago, if you'd told me this is where I'd be, I never would have believed you. I'm really grateful that Joburg found me.
Do yourself a favour and check out Heather's blog, https://2summers.net/.
By Shawn Greyling
Photos by Heather Mason It's a wild adventure at the Bushbaby and Monkey Sanctuary