With only hours until D-Day, a team of American paratroopers drop into Nazi-occupied France to carry out a mission that’s crucial to the invasion’s success. 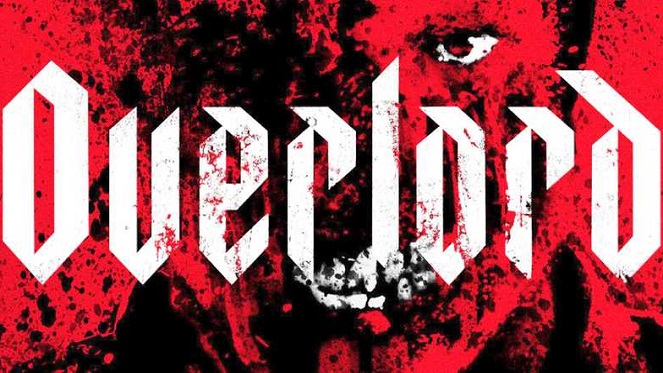 The world of zombie flicks is haunted by luke-warm entries  and more misses than hits, to be honest. That’s where Overlord sets itself apart, breaking the b-movie curse. In the J.J. Abrams-produced genre hybrid, director Julius Avery takes the real-world horrors of Josef Mengele’s WWII Holocaust experiments to a more terrifying extreme: the Nazis have developed a special serum to reanimate their dead.

The movie is a mash-up of different genres rolled into a perfect puff pastry fit for the most intense horror cinephiles on the block. It’s like Saving Private Ryan meets Resident Evil with better actors. In between the nazi ass kicking, explosions and mutating super villains, these gears are greased with a mixture of comedic anecdotes and emotional characters. Though predictable in some parts, Overlord is an all rounded rock n roll roller coaster of blood and guts… and we’re loving it. 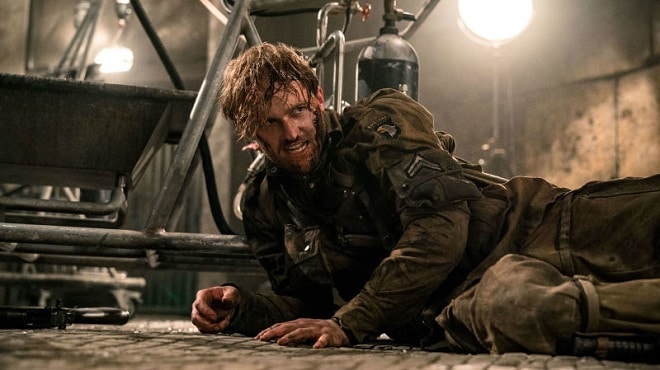 Overlord plays out like a jingoistic video game, as Private Boyce (Jovan Adepo) creeps down brick hallways, imitating a mash up between Wolfenstein and Call of Duty (the original series, not that stuff they pump out these days), pausing to pick up clues and piece together the greatest 3rd Reich conspiracy. On that note, a lot of critics have complained about this, referring to fans of this flick as pasty losers who don’t get out much (here’s looking at you, Peter Bradshaw from The Guardian). The question there is, did they expect Dunkirk on steroids? it’s as if those who bad mouth Overlord aren’t aware that J.J. Binks (I mean Abrams) also produced the Cloverfield series, directed Star Trek and The Force Awakens. 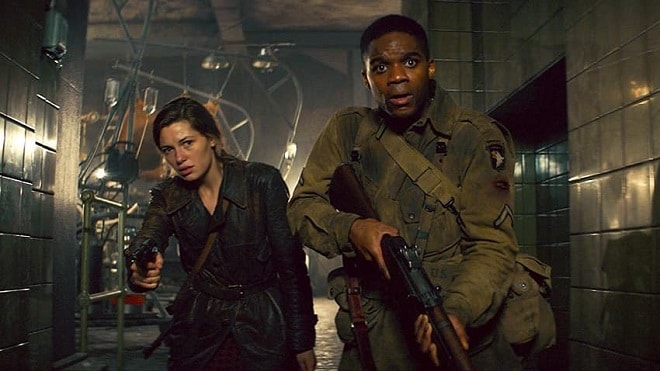 With that said, there comes a fair warning: The gore is not over the top but Avery does not attempt to shy away from it. The cinematics has director of photography, Fabian Wagner geeky name written all over it- Wagner is known for his work on Game Thrones, Justice League and Sherlock. One of the most striking moments arrives after our hero’s plane is shot down behind enemy lines and he plummets into the ocean in what is one of the most action packed long shots to hit the silver screen in 2018. 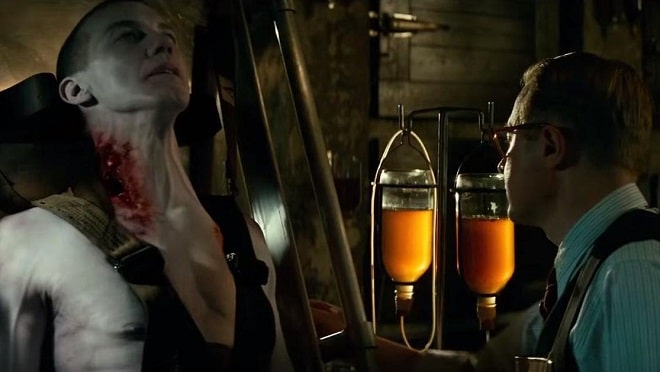 All in all, though Overlord becomes fairly predictable in some parts, it’s a great watch for all sci-fi, horror, and fantasy fanatics. The visuals are spectacular, the acting on point and the sound design something to write sonnets about.

Overlord is out in cinemas nation wide from Friday, 09 November 2018. We recommend watching it at The [email protected] 😉