In case you didn’t know, we’re now allowed to visit cinemas once again! However, the only difference is there’s strict safety regulations and protocols in place. However, they shouldn’t put a damper on visiting your nearest movie house. Here’s what movies you’ll find on circuit during the month of October 2020. 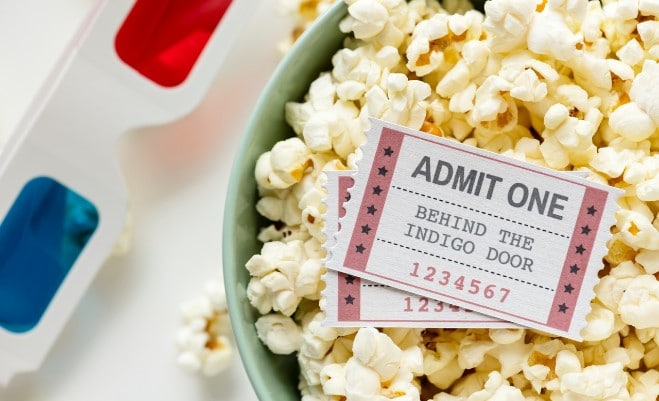 Looking for a movie that’ll keep you on the edge of your sea, wrapped up in all the adrenaline? Then be sure not to miss The Doorman, an action thriller that tells the story of a former marine (Ruby Rose), who returns home from combat and reconnects with family in New York City. Meanwhile, a robbery is being planned. A gang of thieves plot to steal the family’s valuables, making the former marine all that stands in the way.

Based on the 1911 novel by Frances Hodgson Burnett, The Secret Garden will unlock your imagination! When young Mary Lennox’s (Dixie Egerickx) parents pass away suddenly, she is sent to live with her uncle, Archibald Craven  (Colin Firth), on his remote country estate deep within the Yorkshire moors. While Mary explores the grounds of the estate against her strict uncle’s orders, she discovers a hidden magical garden. With the help of her ill cousin, Colin (Edan Hayhurst) and new friends, Dickson (Amir Wilson), the children manage to bring the garden back to life.

Based on the novel by Cornelia Funke, Dragon Rider is a German-made animated fantasy that’s perfect for the whole family! The film shares the tale of a young silver dragon, Firedrake, who teams up with a mountain spirit, a forest brownie named Sorrell, and an orphaned boy named Ben, who all go on a journey through the Himalayas in search for the Rim of Heaven while being chased and hunted by Nettlebrand, the dragon-killing monster.

2020 has been one hell of a year. And if you’re looking to watch something to make you feel that things can only get better from here on out, then be sure to watch Greenland. John Garrity, his estranged wife and their son take a dangerous journey to find a bunker before a planet-killing comet hits Earth. amid the chaos to find safety, the Garritys experience the best and worst in humanity.

For a local movie that’s sure to keep you intrigued and in suspense, don’t miss Wesens. On 1 December 1967, an unidentified object landed on a farm in the middle of the Karoo. Two days later, four South African Republican Intelligence agents, armed with a Super 8 and 16mm camera, head to the farm to investigate. What follows is a groundbreaking Afrikaans found footage film that will keep you guessing until the very last minute.

With Halloween on the horizon, surely you’re keen on watching a few horror movies to give you the chills during this creepy time of the year. Then be sure to watch Antebellum, starring Janelle Monáe. Successful author, Veronica Henley, discovers what it’s like to be trapped in a nightmare as the thin line between the past, present, dreams, and reality crumbles around her.

During World War II, reclusive writer Alice Lamb (Gemma Arterton) has her secluded, quiet and simple life turned upside down when Frank, a young London evacuee, is left in her care. Having initially wanted to get rid of him and get back to her normal life, Alice realises that Frank and her have more in common in their pasts than she had realised and finds herself and her emotions reawakened by him. This is a moving journey of womanhood, love and friendship that you need to see. Just don’t forget to take a couple tissues along with you!

Entertainment In The Joburg CBD

Are you looking for fun in the City Of Gold's central business district? Then look no further! We've put together......