Home » #NoExcuse For Violence Against Women And Children

#NoExcuse For Violence Against Women And Children

Est. Reading: 2 minutes
We live in one of the most beautiful countries, and we are surrounded by beautiful and colourful people. But then again when we look on the flip side of reality, there are societal issues we can never afford to be oblivious about, like that of violence and abuse against women and children. If we do not talk about it who will? Be the change you want to see 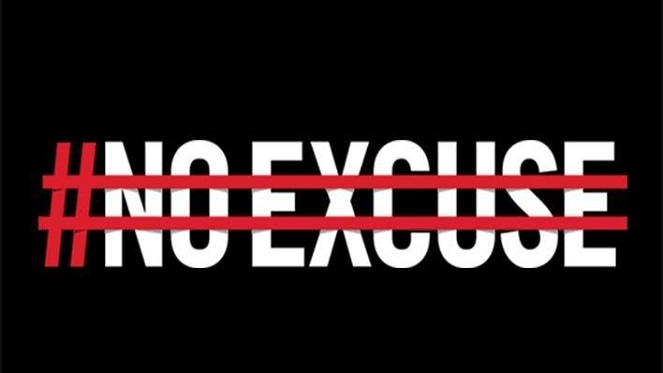 Will You Stand Your Ground?

Now let's stand together and build a nation we would want the next generation to live in. Father A Nation in collaboration with Carling Black Label have started a series of workshops aimed at empowering students and community members with skills on how to fight and eradicate violence against women and children.

Join thousands of other South Africans both young and old as they take action and stand against the violation of women and children. One of these driven action takers is South Africa's very own future president (at least according to us) - Sydney Madibo.

How To Get Involved

If you are asking how you can be part of this amazing initiative, then do not worry because we somehow managed to read your minds and we'll inform you about taking action. You can simply visit www.noexcusesa.com. You and the general public will be informed about the competitions running, as well as how and when you can attend the workshops which will be taking place in the Johannesburg areas.

Also get the chance to win amazing prizes. Follow their Facebook page to find out how you can win prizes of up to R5 000. Great right? We think so too!

The workshops are a 5-part informative, exciting and practical presentations aimed at equipping men and women in the community with tools to fight the outpouring of Gender Based Violence against women and children. The role that both men and women can play is covered, as well as the signing of a pledge aimed at ensuring that as a community we all begin to take action and say that there is absolutely for violence against women and children.

Will you stand up for what's right?