National Beer Day 2019 is going to be a rocker and a half, so be warned. 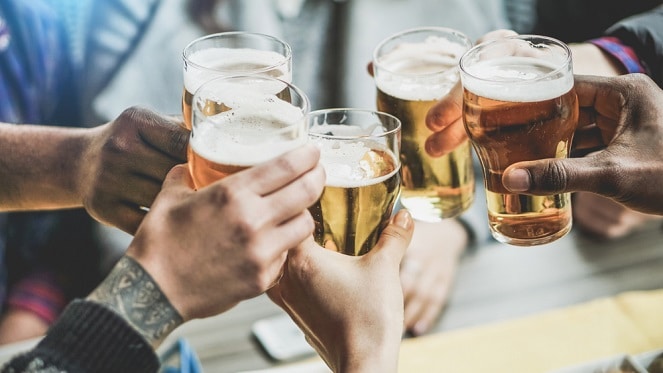 Ferreirasdorp’s very own brewery, Mad Giant has gone mad. To celebrate National Beer Day, Urbanologi and Mad Giant hosted a bottomless beer event. To part take cost you R200. I used an Uber. This one was off the hook. Bottomless beer is beautiful, especially if it’s good beer.

Everyone’s favourite craft drinking hole in the north, Beerhouse Fourways joined  in on the National Beer Day fun. You can score 50% off their tasting trays as well as free tasting of different styles of suds. The #DrinkLocal tasting tray was made up of (6 x 120ml) beers from breweries that are within 20km of Beerhouse. We’re all about supporting our local breweries and giving them a podium on which to shine.

For a mere R220 you can get a tag which gives you access to bottomless beer at Capital Craft in Menlo Park. For those not keen on this, the restaurant and bar will be running as usual.

South African Breweries’ World Of Beer were running discounted tours at their brewery and international HQ in Newtown. I swung by and learned about the history of this golden nectar in South Africa. Also got to taste their offerings, met cool people and walked out armed with fun filled facts about wheat, barley, yeast, and hops.

The Cape Brewing Company hosted two for the price of one specials at the following bars and restaurants:

What Is It? Looking to spend some quality time with your loved ones? Or simply just want to have a......