Home » Nanhua Temple: There is a path to happiness

Nanhua Temple: There is a path to happiness

Est. Reading: 2 minutes
Take a road trip to the Nanhua Temple and seek enlightenment. Here's why we enjoy hanging out there. 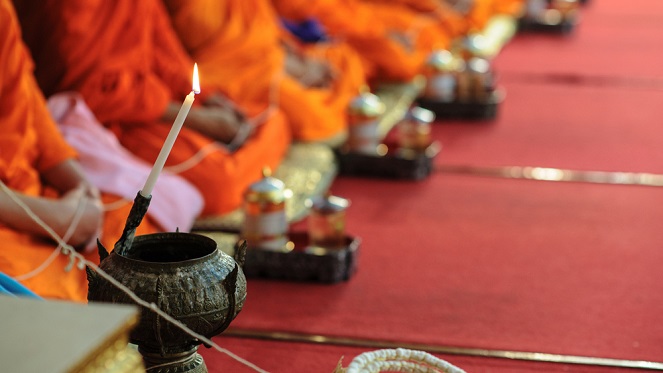 The average South African mostly associates Buddhism with wise proverbs, peace and bald men in orange dresses. But there is much more to this 2 500-year-old religion than meets the eye. With over 360 million followers globally, it’s unsurprising that Gauteng boasts the largest temple in Africa, nestled in Bronkhorstspruit (of all places).

Built in 1992, this 12-hectare property was donated to the Fo Guang Shan Buddhist order by the Bronkhorstspruit City Council. It has grown into a religious and cultural centre of great standing within its community and global Buddhist network. Probably best known for its large, Chinese New Years event, usually in February, the centre is also a well-known meditation retreat venue. It is a fantastic place to engage in cultural sharing and learning - ideal for curious visitors and practitioners alike.

Located about 70km outside of Joburg, it the perfect destination for when you're on a mission with meaning: Attend a Chinese Dharma Function or go on an Eastern Retreat. Buddha considered time priceless, which is why his teaching encouraged giving it away freely. In keeping with this belief, monks, nuns and visiting facilitators often give generously of their time to lead retreats, so the cost associated with the retreats only serves to cover the temple’s running expenses.

Aside from the retreats, Buddhist events are usually ones of great celebration, fanfare and food. The recommendation from those in the know is to get there earlier in the morning or later in the afternoon to allow you to fully explore this haven of Chinese culture, architecture and art.

In the words of Buddha, “Ardently do today what must be done. Who knows? Tomorrow death comes.” So waste no time in getting to Nanhua to explore the spiritual side of Jozi.

Have you been to the Nanhua Temple? Tell us about your experiences in the comments section below.

3 comments on “Nanhua Temple: There is a path to happiness” The Bakery: A Fresh Linden Venue For Your Next Epic Party