Catch the award-winning musical production, My Miriam Makeba Story live in Joburg for one night only. The Foxwood Theatre will be hosting rising star Simangele Mashazi, as the legendary Miriam Makeba on their stage this July. Don’t miss it! 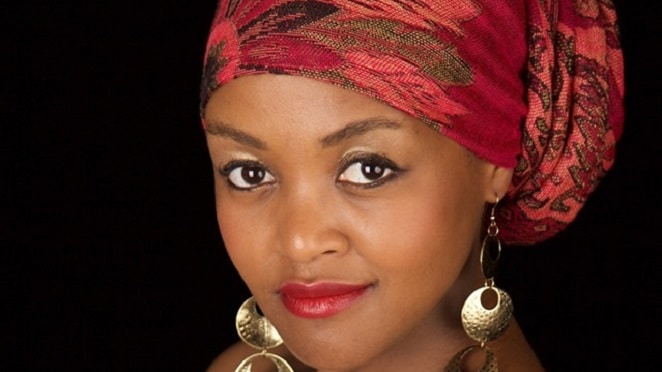 Rising musical theatre star Sima Mashazi stars as the legendary Miriam Makeba in the award-winning My Miriam Makeba Story. The play showcases Makeba’s most famous songs, including hits like Phatha Phatha. Through song, Mashazi finds themes in Makeba’s songs which resonate with her own life. She also performs her own music to tell the story of Makeba’s life and career.

“It has been an amazing experience portraying her and I have learned so much about her that I didn’t know,” Mashazi says. “I love how she used her voice to speak the truth of her reality and instigate change”.

Mashazi is joined on stage by Cape Jazz pianist and composer (also musical director of the show) – Ramon Alexander. She has played Mama Makeba in a number of theatre productions, including the first musical about the queen of South African jazz. My Miriam Makeba Story has won numerous awards, including the Kanna Award for Best Music Production at the Klein Karoo National Arts Festival. Be sure not to miss it, as it will feature at the Foxwood Theatre for one night only!

Where To Celebrate World Day Of Theatre In Joburg