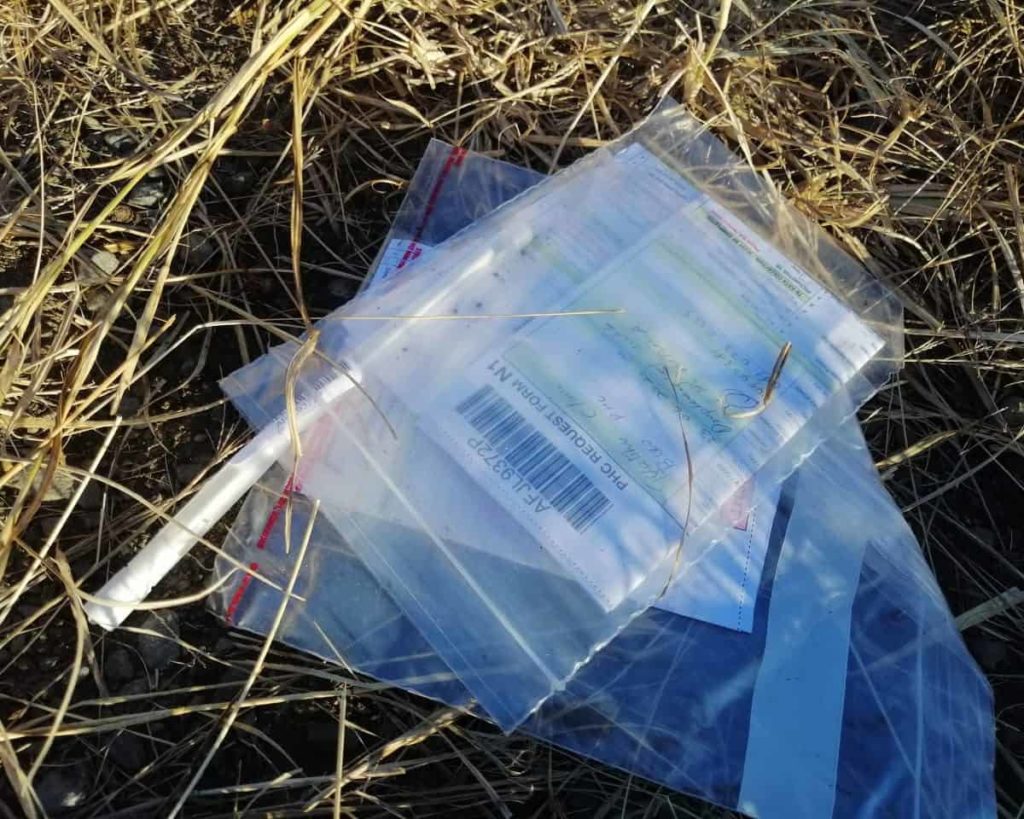 Blame has been placed on the courier company tasked with transporting samples from nearby hospitals to a laboratory in Port Elizabeth.

Health Minister Zweli Mkhize has called for harsh action to be taken against those responsible for the dumping of coronavirus test kits along the N2 highway near Mdantsane in East London.

As the Eastern Cape Health Department continues to struggle under the heavy burden of COVID-19 — with infection rates climbing and medical resources running low — the recent discovery of discarded samples has thrown the province into further disarray.

Hundreds of samples strewn across the veld alongside the N2 highway — ostensibly abandoned while en route to a lab in Port Elizabeth — were discovered by a jogger last week.

The discarded specimens, packaged and sealed with labels indicating that some tests had been conducted at Grey Hospital in King Willam’s Town, were reported to local authorities.

The jogger who originally raised the alarm confirmed that there were ‘over 500’ tests which littered the ground; after almost a week of inaction, the number of samples dwindled and spread across the stretch of N2 highway. On Monday, the Eastern Cape Health Department noted that an investigation into the incident had been launched.

The grim discovery, which holds dire consequences for government’s intense testing and tracing efforts, has done little to garner faith in the Eastern Cape Health Department which already risks being placed under administration. On Tuesday morning, Health Minister Mkhize was quizzed about the province’s prospects with a specific focus on the discarded test kits.

Mkhize explained that the abandoned samples were a serious concern and while the investigation into the neglect was still ongoing, preliminary findings placed blame on the courier company tasked with transporting the tests from hospitals to the laboratory. In conversation with 702 Radio on Tuesday morning, the health minister said:

“This is a very disappointing show of negligence; it seems to have been something that happened with the courier company. We have actually said they must suspend the services and open a charge and actually seriously make them realise that, not only are we going to investigate, what we want is strong action [to be] taken.

Those samples represent lives of people and, therefore, when we get the list of the people [whose tests had been discarded] they must go back and explain to those patients that something went wrong with those specimens.”

Mkhize added that there was no evidence of a car crash which was previously touted as a theory for how the samples were ejected from a vehicle and littered alongside the highway.

What Is It? Standard Bank is proudly presenting an exclusive experience in the form of a Virtual Jazz Festival. There......