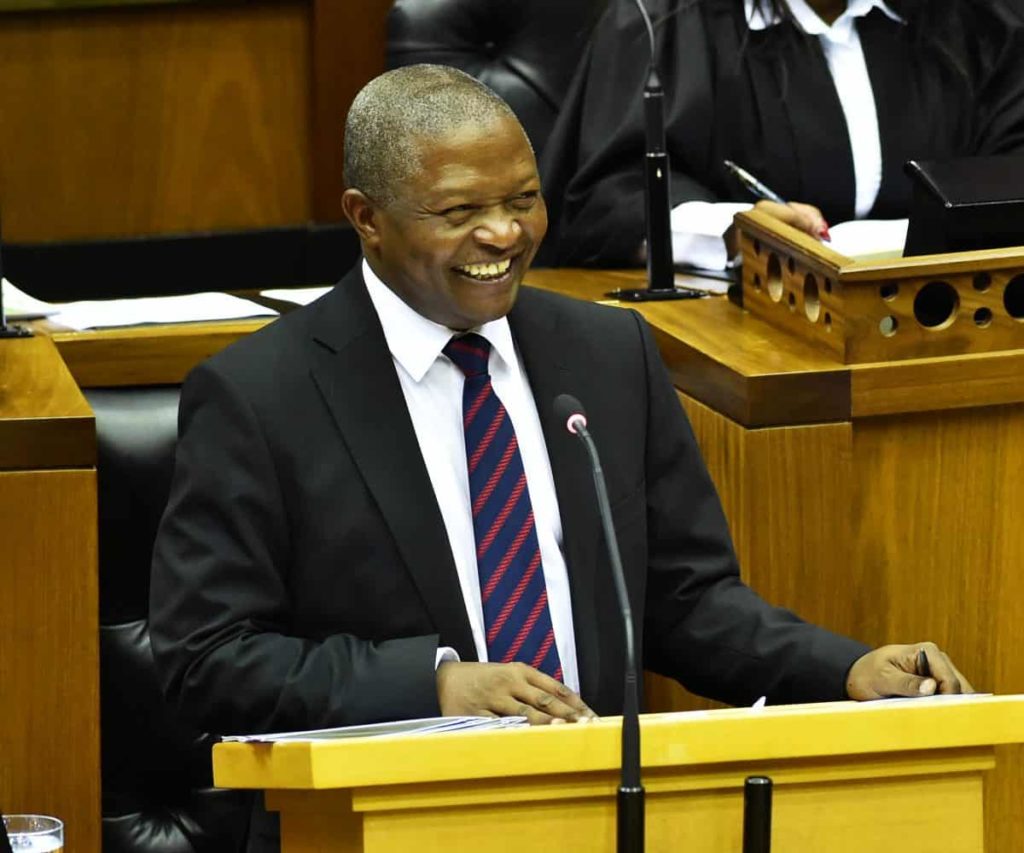 The Deputy President due to be grilled over Eskom corruption and ‘dodging’ responsibilities.

After a protracted period of absence from Parliament, Deputy President David Mabuza will, on Thursday, face a barrage of questions from political leaders in the National Assembly.

While the coronavirus pandemic continues to accelerate throughout South Africa, leaving in its wake a trial of destruction to human life and livelihoods, government has been forced into a heightened state of awareness. The State of Disaster, instituted in March, has brought with it a host of regulations and reforms aimed at mitigating the pandemic’s destructive power.

With the National Coronavirus Command Council (NCCC) at the helm of government’s collective response, regular updates from various departments and ministers have become the norm. The South African public has, however, raised serious concerns about Deputy President Mabuza’s whereabouts and functions during this time of unprecedented crises.

Where in the world was David Mabuza?

As a result of his ‘behind the scenes’ work, Mabuza is expected to face a hard line of questioning concerning his duties as deputy president in relation to the coronavirus pandemic. Although Mabuza recently sprang back into the limelight — conducting oversight inspections at schools to gauge readiness and joining the Sustainable Infrastructure Development Symposium of South Africa – pertinent questions surround the deputy’s responsibilities remain.

In Parliament, Mabuza will touch on three fundamental issues of oversight. As head of the Eskom Task Team, Mabuza will need to provide an update on the utility’s operational sustainability and the outcome of investigations into corruptive maladministration. Additionally, as Chair of the Inter-Ministerial Committee (IMC) on Land Reform and Agriculture, Mabuza will be taken to task over agricultural relief initiatives associated with drought being declared a National State of Disaster on 4 March 2020.

Eskom corruption under the spotlight

Chief Whip of the Official Opposition, Natasha Mazzone, is set to grill Mabuza over contributions made to the NCCC and the deputy’s responsibility to ensure that parliamentary proceedings are adhered to by Cabinet members.

Deputy President of the Economic Freedom Fighters (EFF), Floyd Shivambu, has posed tough questions to Mabuza concerning a report by Eskom which cleared “a certain person of allegations of corruption, dishonesty and abuse of power”. Shivambu wants to know whether Mabuza was satisfied with the findings of the internal report.

The deputy president, in his capacity as Chair of the South African National AIDS Council (SANAC), will also elaborate on biomedical, socio-behavioural, and structural factors that contribute to gender-based violence in South Africa.

The National Assembly session is due to begin at 14:00 on Thursday 25 June

You don't have to be a green fingered garden enthusiast to enjoy a plant nursery. I often visit my local......