The Cossack Dance Ensemble Stanitsa will be performing their national dance at the Joburg Theatre this August. Don’t miss it! 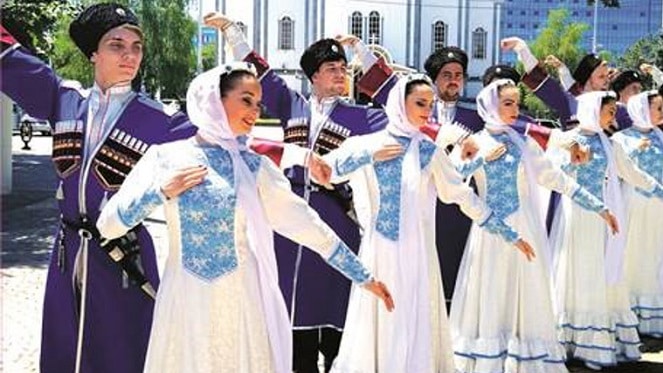 The Russian folklore group “Stanitsa” was formed in 1990. On the base of the House of Culture and Sports in Krasnodar, the name derives from the River Kuban in the Northwest Caucasus region of European Russia. Their main aim is the preservation, development and promotion of traditional culture beautifully expressed through song, dance and music.

Stanitsa has been involved in various folk festivals in Russia, and abroad – including Belarus, Ukraine, Poland, the Czech Republic, Slovakia, Germany, Bulgaria, China, Qatar, Cyprus, Turkey, Spain, Portugal and France.The dances are diverse and varied. In their choreography they use elements of Cossack military life, such as sabres, whips and guns.

Don’t miss the Cossack Dance Ensemble Stanitsa in their first ever performance in South Africa at Joburg Theatre this August. There are only three performances, so get your tickets as soon as possible to avoid disappointment.

Tickets cost R200 – R250 per person. Get yours online via Webtickets.

Visit Joburg Theatre’s website for further details. Or, follow them on social media for the latest show updates:

Contact the theatre Box Office on 0861 670 670 or via email at info@joburgtheatre.com

What Is It? Get your gear on and get ready to ride at the Garmin MTB Classic. This exciting experience......