We’ve all learned and heard of all the Joburg stories that make this beautiful city so interesting and just unique. Some more fascinating than others, but all having their own way of making us want to learn more about the city we live in. 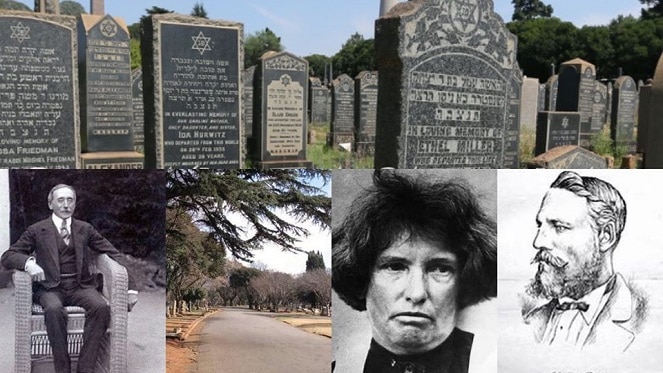 Brixton Cemetery is one of Joburg’s oldest, and the tumultuous history of our city is recorded on its gravestones. Almost 90 years after her death, the crimes of the wicked serial killer Daisy de Melker continue to shock. They visit the final resting places of her victims – two husbands and a son. Merchant and mayor, Norman Anstey is a more distinguished resident, as is the affable and influential Randlord, Sir Lionel Phillips.

Stafford Parker is perhaps the cemetery’s most colourful resident. On 30 July 1870 at the settlement of Klipdrift, he became the first and only President of the short-lived self-declared “Diamond Diggers Republic”. His government renamed Klipdrift “Parkerton” after its new President, and began to collect taxes (often at gunpoint). Journalist RW Murray described him as a “swagger citizen”, and a master story-teller, and his signature item of clothing was a large white top-hat.

They will also visit the graves of Johannesburg’s first Greek citizen, the founder of the farm (and now suburb) Douglasdale, 1913 and 1922 strikers, and many others that illustrate the fascinating history of the Golden City. Expert cemetery guides are Clare van Zwieten and SJ de Klerk, and research has been provided by the founder of Friends of Johannesburg Cemeteries, Sarah Welham.

Tickets are R100 for members and R170 for non-members, book at mail@joburgheritage.co.za

Visit this Facebook page for more information on this event.

What Is It? Following his last show on M-Net's Live Series in 2016 where he did incredible impersonation of famous......