Home » Is Forex Trading a Viable Source of Income in South Africa?

Is Forex Trading a Viable Source of Income in South Africa?

Est. Reading: 2 minutes
There’s no doubt that the daily trading Forex volumes have continued to increase incrementally since 2014, from $5.1 trillion to a whopping $6.6 trillion by the end of 2020. 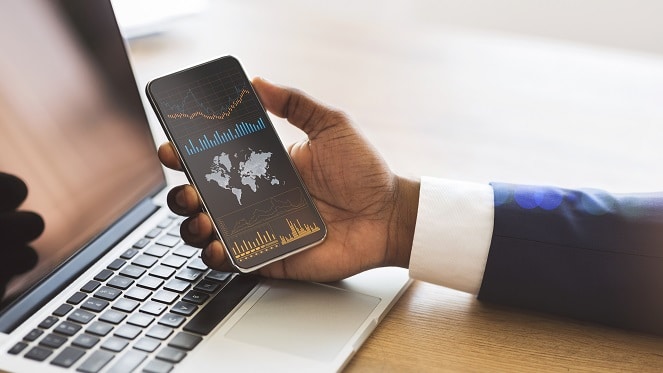 Interestingly, this growth was particularly pronounced in Africa, with forex broker Christoforos Panagiotou and the Africa Regional Manager of Tickmill.com reporting a 27.43% increase in the region alone, according to Forexsuggest survey.

But what’s behind this spike in Africa, and how can you ensure that Forex trading enables you to achieve a viable profit as an investor?

According to Tickmill’s own research, the recent increase in trading activity in South Africa has been precipitated by the economic fallout from the Corona virus pandemic.

More specifically, people in SA (and indeed across the globe) have been compelled to spend more time at home in the wake of the Corona virus and various lockdowns, while some were stripped of a primary source of income for an extended period of time.

Such individuals were encouraged to seek out Forex trading as a flexible and accessible source of income during this time, while this trend was also empowered by improved Internet connectivity and telecommunication methods across the continent.

Of course, this trend has also emerged at a time where mobile Internet penetration rates in South Africa continue to rise exponentially. To this end, there were 38.13 million active Internet users in SA as of January 2021, of which 36 million accessed the web through their smartphones.

Even on a fundamental level, Forex remains a highly liquid and low-cost trading instrument, which creates a relatively easy and accessible option for inexperienced or part-time traders. As we touched on earlier, Tickmill reported a 27.43% increase in trading activity throughout SA in 2020.

However, this figure was slightly higher than the median growth reported across brokers that participated in the study by Forexsuggested, which reported an average hike of 21.5% across the board.

In terms of regions, South Africa accounts for the greatest trading volumes in the region, and this is definitely where most new entrants and investors are focusing their attention in 2021.

Nigeria is also a fast-evolving hub for Forex trading activity, with this country and South Africa having benefited from increased regulatory measures and more stringent oversight in recent times.

This is the same type of evolution that has taken place in Europe, and there’s no doubt that it has helped to establish South Africa and Nigeria as attractive propositions for regulated brokers and traders across the globe. What Are The Most Attractive Currencies For African Traders?

If you’re going to get started by trading Forex in SA, you’ll need to identify the best and most attractive currencies.

Of course, the obvious examples include the world’s major currency pairs, including the USD/EUR. This boasts huge advantages in terms of liquidity and volatility, which it also accounts for more than 24% of global daily trading volumes.

However, you can also find value by trading pairs that feature the South African rand (ZAR), thanks largely to its volatility and existence as the region’s leading domestic currency.

The USD/ZAR is particularly popular, especially as the rand has recorded cumulative gains of 30% against the ailing greenback over the course of the last 12 months. How To Promote Your Shopping Mall