A musical experience filled with edutainment at the first annual Human Rights Music Festival, which took place at the Abrahamrust Resort in Sasolburg, Free State on Saturday, 30 March 2019. 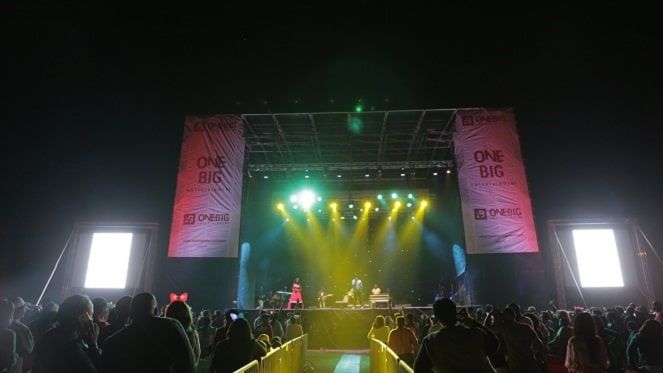 The event organised by One Big Entertainment, paid homage to the Sharpeville and Langa massacres, which claimed the lives of peaceful protestors who took to the streets to boycott the Pass Law in 1960. The event saw festival goers flocking in large numbers. To open the show, Lucia Jakeni, the top 5 Idols SA season 12 runner-up took to the stage and treated the patrons to a rendition of S.A’s top hit songs and her latest single “Wenzani Ngami”. Gospel artist Tebogo Moloi followed suit taking the audience to a higher plain. Prince Kaybee brought in a surprise act, Donald who chanted freedom songs amongst his popular hits. Busiswa smartly infused her popular hit ‘Ndim iStarring” steering the audience to believe in being the steer-wheel of their lives. Among the performances, abstracts from The Nelson Mandela 70th Birthday Tribute at Wembley Stadium was shown.

Through these abstracts, the crowd was reminded, educated about this historical musical Festival that shaped the history of this country. A visual demonstration of how as a country we came to inherit Human rights regardless of race, sex, nationality, ethnicity, language, religion, or any other status.

The Legendary Jazz Musician, Sipho “Hotstix” Mabuse concluded his performance with a lecture to the audience “we must commemoration our fallen idols such as Brenda Fassie amongst other who pioneered freedom of speech and freedom of expression, who knew a young girl from the township would become a world iconic figure, We must learn from them and believe it is possible”

What Is It? Joburg based Spanish dance company El Rincon Flamenco has been training dancers in the art of Flamenco for......