Since it’s Women’s Month, we’re including some awesome movies for a Girls’ Night Out, but we haven’t excluded the men entirely! Whether it’s romance, comedy or action you’re after, there’s a film for you in our August list. 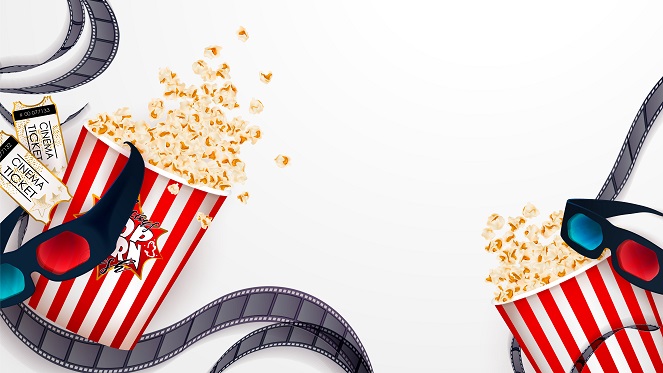 The Spy Who Dumped Me

Here’s a little sprinkle of comedy and action coming your way. Audrey (Mila Kunis) and Morgan (Kate McKinnon), two 30-year-old best friends in Los Angeles, are thrust unexpectedly into an international conspiracy when Audrey’s ex-boyfriend shows up at their apartment with a team of deadly assassins on his trail. Hey, we’ve all kissed a couple of frogs, right? Surprising even themselves, the duo jump into action and, on the run throughout Europe from assassins and a suspicious-but-charming British agent, they hatch a plan to save the world. Grab your girlfriends for good giggle with this one.

Oh, dear! Adulthood can be hard, but it gets better when friends are around, which is just what Christopher Robin experiences when he meets up with his life-long pal Winnie The Pooh, who helps him rediscover the joys of life as a middle-aged man. A heart-warming story that will have you reminiscing about the simpler days of your youth.

On his quest to hunt with his tribe’s most elite group, a young man finds himself injured and left for dead. Upon realising that he is broken and alone, he must learn to survive and navigate the harsh and unforgiving wilderness. The young hunter befriends and tames an abandoned wolf and they soon become unlikely allies, enduring countless dangers and overwhelming odds to find their way home before the deadly winter arrives.

If romance is what you’re chasing, don’t miss this one! It’s the story of the love affair and marriage of poet Percy Shelley and 18-year-old Mary Wollstonecraft Godwin, which resulted in Mary Shelley writing the classic Frankenstein. Are you ready to get tangled in some drama?

Local is lekker and keeps getting better! This hilarious romcom stars the fab Celeste Ntuli, who plays a 38-year-old single woman on a quest to find love in the pitiless concrete jungle of Joburg. Alongside a star-studded cast that includes Phindile Gwala and Trevor Gumbi, her crazy adventure will have you laughing out loud in your seat. Another perfect “girls night out” movie!

We all know that any movie starring Denzel Washington is bound to be amazing. I mean who are we kidding, here? This American thriller is a sequel to the 2014 release and, once again, follows retired CIA agent Robert McCall (Washington) as he sets out on a path of revenge after one of his friends is killed.

Ladies, in celebration of Women’s Month we urge you to check out this inspiring Afrikaans movie. Stroomop is a film about self-discovery, acceptance, forgiveness and healing, all the while being supported by women.

A writer forms an unexpected bond with the residents of Guernsey Island in the aftermath of World War II, when she decides to write a book about their experiences of battle. The book is told by way of letters, and we become enchanted by the writers of them and the love Juliet comes to feel for each of the Islanders.