Direct from the US, the Auto & General Theatre on the Square brings you Hedy! – The life and inventions of Hedy Lamarr. Premiering for a limited two week run, this show is a must-see. Get your tickets as soon as possible. 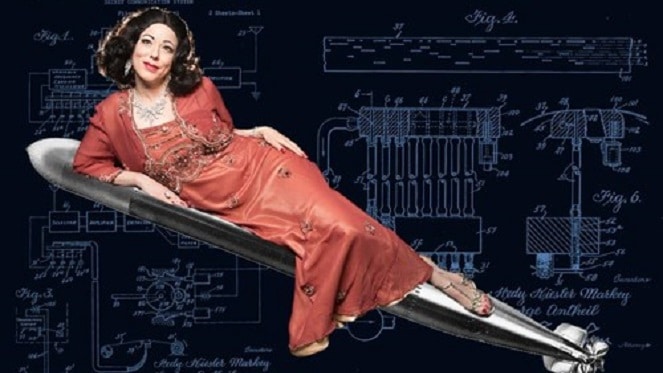 Hedy Lamarr – a Hollywood silver icon, known as the most beautiful woman in the world. But, there was a lot about Hedy that her adoring fans didn’t know. She invented frequency hopping and spread spectrum technology that makes the world of wireless communication tick. From Austria to Hollywood, WWII, torpedoes, ecstasy, and intrigue to the very cell phone in your pocket, she was there!

Heather Massie brings you Hedy! – The Life & Inventions of Hedy Lamarr at the Auto & General Theatre on the Square for a two week limited season. Direct from the US, this show is bound to dazzle you as Massie not only plays Hedy, but 33 other characters as well. Her performance is not only entertaining, but it will inspire audiences to find ways to make the world a better place. Massie’s mission is to encourage young women in science and technology, as well as to establish Hedy Lamarr as a role model for her intelligence and ingenuity.

Hedy! – The Life & Inventions of Hedy Lamarr has won numerous awards, including the Audience Choice award at the IndyFringe festival in the USA. Be sure not to miss it!

Tickets cost R75 – R150 per person and can be purchased online via Computicket.

Contact the Box Office on 011 883 8606 or via email at theatreonthesquare@gmail.com

A White Horse Christmas With The SA Lipizzaners

What Is It? The SA Lipizzaners will captivate your family this Christmas with a performance unlike any other. Kick off......