Home » Gilroy's Brewery Is A Rite Of Passage

Gilroy's Brewery Is A Rite Of Passage

Est. Reading: 2 minutes
In the heart of Muldersdrift there lies a brewpub so straight to the point and bare to the bone that they've been brewing the same beer for nearly 40 years without adding gimmicks or bowing to trends. Lads, lasses, meet Gilroy's Brewery and Restaurant. 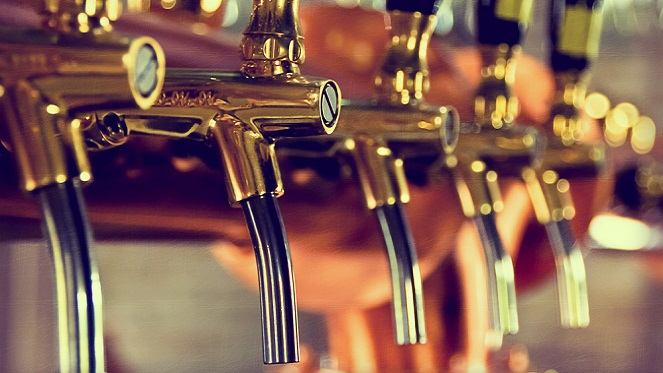 "We might be small, but we are bastards for our size." – Steve Gilroy

Before we dive head first into the triple attack of suds on offer at Gilroy's Brewery in Muldersdrift, let's take a look at the man behind James Bond's favourite South African craft brew. Steve Gilroy, the jolly drunk man with the jokes and big beard may be mistaken for Santa at the wood shop, but is actually a legend amongst the Joburg rock 'n roll circles. During the 70s, Steve played guitar in a band described by Classic Rock magazine as one of the lost pioneers of heavy metal. The band only lasted eight months but made such an impact on the music scene that their only album was released in America in 2009. The name of the band? Suck. Gilroy's Brewery was founded in 2000 by Steve's pharmaceutical printing company in the West Rand, making it one of the oldest micro-brewers in the country. But before the brewery was set up and running, Steve started brewing beer in his apartment in Hillbrow during the 70s while working as an engineer. These recipes were developed over the years and eventually became the staple the brewery is known for today. With the craft beer industry at full tilt and accepted into the mainstream, Steve Gilroy sees this as the people's rebellion against artificial food and drink and the public's craving for authenticity in what they consume. This statement in itself is actually why Steve started brewing – he couldn't find a full-bodied beer that he was accustomed to in his home country, the United Kingdom. With its dark lager being praised by the Diners Club, Gilroy's Brewery & Restaurant was voted the best British restaurant outside of the UK. Weekend upon weekend, its premises are full to the brim with beer lovers, pub crawlers and Muldersdrift locals alike. The restaurant bit of Gilroy's is just as popular as its beer. The menu sings songs as sweet as the old country and chorus items such as beer-battered fish and chips served with real mushy peas; glazed eisbein served on the bone, and bangers and mash. Pub grub, as it's called, is served here in all its glory, and we wouldn't want it any other way. Besides, you can't wash a salad down with a draught of Gilroy's Serious. Join Steve Gilroy in the Naughty Corner and uncover the legend of the Gauntlet, discover the truth about beer and brewing and be outrageously entertained – all while sampling some of the finest beer known to mankind. A couple of hours of stand-up comedy: perfect for functions, birthday parties, bachelors/bachelorettes, or just a bit of fun on a Saturday morning.

Please note that the show may contain some adventurous language and may not be suitable for minors or the easily offended.

Have you been here before? Rate and Review your experience below! Get Your Favourite Inverroche Gin Delivered Right To Your Door Host Your Own Wine Pairing Evening At Home