Calling all gamers! If you have been eyeing out getting a new console, don’t miss these amazing Xbox deals brought to you by Prima Interactive in partnership with Microsoft South Africa. But hurry, it’s only valid between 08 – 30 June 2019! 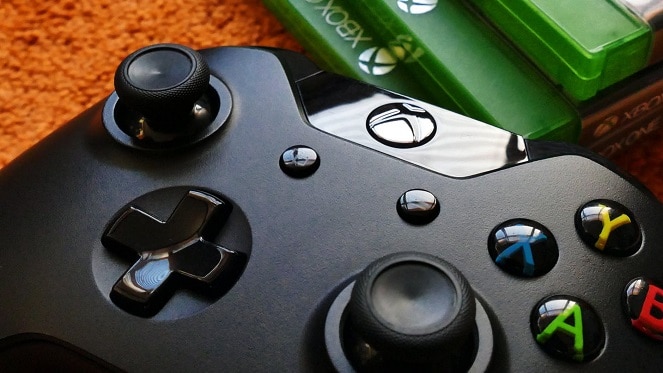 Prima Interactive in partnership with Microsoft South Africa is offering an amazing discount on Xbox One consoles!

The Deals Unlocked promotion will see the price of the Xbox One X dropping from R8 499 to R5 999, and is only valid between the 08 – 30 June 2019. This is the lowest price that has ever been offered on the ever-popular gaming console and gives buyers a massive saving of R2 500! 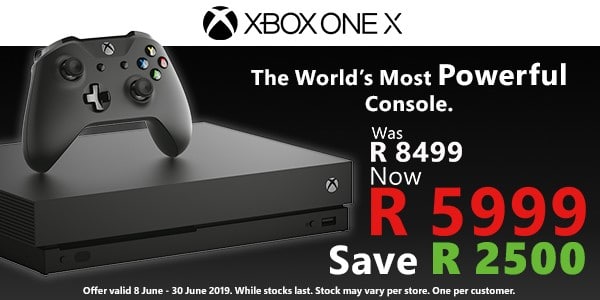 The Xbox One family is the latest generation of gaming consoles. It offers high-definition gaming, an expandable hard drive through USB, and backwards compatibility with a growing selection of Xbox 360 games. Also, gamers can have access to Xbox Game Pass. Dubbed the “Netflix for video games”, this pass gives you access to over 100 games for one low monthly fee. Fans get to enjoy true 4K gaming on Xbox One X, along with 4K video streaming and a 4K Blu-ray player, available on both the One X and One S.

Where To Get Yours

Head to one of these outlets to get your hands on this unbelievable deal:

Prima Interactive is one of the leading distributors of Interactive Products in South Africa. The company distributes great game publishers including Microsoft Games Studios, Electronic Arts and Take Two Interactive. This includes Xbox hardware, software and accessories, Leapfrog Educational products and gaming software for most hardware platforms. Established in 2009, Prima Interactive is a division of Prima Toy and Leisure Trading (Pty) Ltd.

For more information about this amazing deal, visit www.primainteractive.co.za.

You can also contact them by calling 011 549 2320 or emailing kates@primainteractive.co.za.

Don’t forget to give Prime Interactive a follow on Facebook to keep up to date with the latest offers, games and news.

Lephalale The Musical at Soweto Theatre

What Is It? The Evergreen Arts Centre presents Lephalale The Musical at Soweto Theatre this June. This family-friendly musical tells......