The Nickelodeon 2019 Kids’ Choice Awards nominees have been announced! Check out who has been nominated for the Favourite South African Star and Favourite African Star categories. 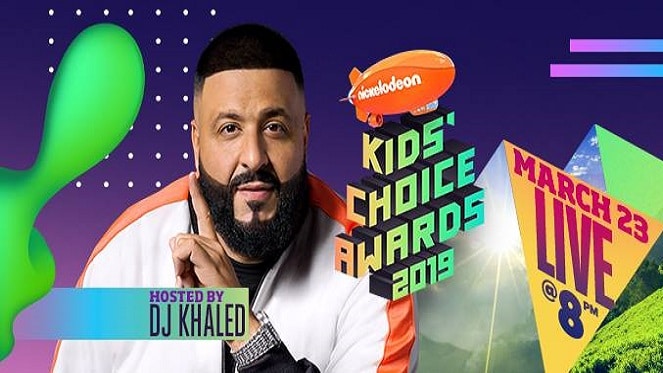 The Nickelodeon Kids’ Choice Awards Are Back!

Here Are The South African Nominees

The five effervescent stars that make up the South African nominees for the only live event where kids’ votes count and the biggest stars of the day line up to get slimed include: Nomzamo Mbatha, AKA, Siya Kolisi, Kagiso Rabada and Somizi in the Favourite South African Star category and Adesua Etomi-Wellington, IK Osakioduwa (Nigeria), Sauti Sol (Kenya) and Stone Bwoy (Ghana) in the Favourite African Star category. Globally acclaimed musician Davido from Nigeria is the Africa nominee in the Favourite Global Music Star award featured amongst David Guetta and Taylor Swift.

And DJ Khaled Will Play Host This Year!

Music mogul, DJ Khaled, is set to host the 2019 Nickelodeon’s KCAs – the biggest, slimiest party of the year for kids. DJ Khaled will bring his music, signature catch phrases and larger-than-life personality to the Kids’ Choice Awards stage. Kids across the globe will have a front-row seat to the next big things in kid culture from the hottest upcoming movies, music, gaming and rising talent, while continuing to celebrate their favourites from the past year. Kids everywhere will be able to experience the show across all Nickelodeon screens and platforms, as Nick brings the slime and surprises they love. DJ Khaled is also nominated in three categories at the Awards.

Leading the pack with the most nominations are:

Start Voting For Your Favourites NOW!

Beginning today, fans can cast votes on the official Kids’ Choice Awards website, KCA2019.com. Fans will also be able to cast their vote through social media on Twitter using #artistname #KCA, and for the first time ever, Nickelodeon will be enabling voting on specific posts on Instagram.

Larger-Than-Life Monster Trucks Are Heading To SA! Get ready for thrilling family fun, as Monster Truck Juggernaut Monster Jam® tears through the......