Did you know that Orange Grove’s original name was Lemoen Plaas? Before the area was rezoned into the City Of Johannesburg, it was an orange farm – hence the name Orange Grove. Either way, here’s what we love about this “unsung hero” in Joburg. 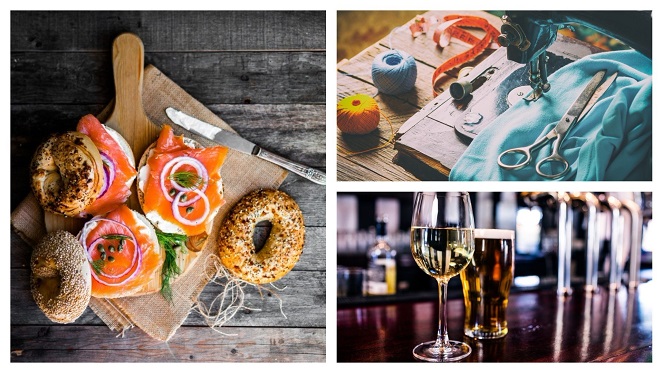 From the oldest bar and grill in town to real Portuguese and Italian eateries, Orange Grove has an “old town” type of vibe to it – and we can’t get enough of it. In fact, the neighbourhood was once home to the Doll House, SA’s oldest roadhouse which sadly closed down in 2017.

In the heart of Little Italy, Super Sconto acts as the main vein which pumps precious life blood through the veins of Orange Grove. Their range of supermarket stock includes all kinds of tomatoes (including San Marzano), meats and cheeses, the best pasta, nicest olive oils, tastiest biscuits and pastries, pickled vegetables, tuna and anchovies, bottled water and imported cleaning products.

Since 1993, Tonino’s has been a pillar of pizza and Portuguese food to the folks of Orange Grove. It’s the kind of place where everyone knows everyone, and the food is delicious!

Yeah, yeah, it’s not quite Orange Grove but Fairmount is close enough and Bagel Zone is an amazing eatery. You can order a dozen bagels on the cheap – from plain to onion and everything in between – or you could grab a stuffed one or three… or five, we won’t judge. In fact, Bagel Zone is so good that they are the official supplier of bagels for the Four Season Westcliff Hotel.

Orange Grove is a design and décor fanatic’s dream. There are plenty of shops and factory stores filled to the brim with the most interesting, most beautiful, and most daring designs on the market.

For almost a decade Fabric-a-Brac has been the go-to place for many Joburgers to get their sewing and fabric crafting game on fleek.  They sell wool and oversized knitting needles. You’ll also find patches, perfect for adorning old school denim jackets, as well as all shapes and sizes of buttons. You name it, they’ve got it.

Books! Books galore! Nothing beats the smell of second hand books. Reprints of Tolstoy, renditions of Shakespeare, and George Orwell all over the place – Armstrong books is definitely the place where you should be spending your next paycheck. Besides, there’s nothing sexier than a person who reads. The shop also specialises in handbooks for UNISA.

Old school has never been out of style, so do yourself a favour and head to Angel & Antiques and redecorate your house to look like your gran’s… Just kidding, but you can find a couple of timeless gems hiding in Angel & Antiques for sure.

One of the oldest pubs and grubs in Joburg, is the Radium Beer Hall. It acts as the after hours abode of many a Norwood, Orange Grove and Linksfield poet, actor, musician and other bohemian-type folk. The vibe is awesome, the food good, the beer cold, and the music on point. You can expect chilled live jazz on certain evenings, and blaring rock n roll on other nights. All in all, the Radium Beer Hall has to be on every Joburger’s list of places to visit before they move.

Where To Eat If there is one thing you should know about Kramerville is that it's not known for its......