Known for his stint at the Saxon and teaming up with Gary Kyriacou to open one of Joburg’s most influential restaurants, David Higgs has done it all… and now he’s got a book coming out that documents the dishes that made him famous. 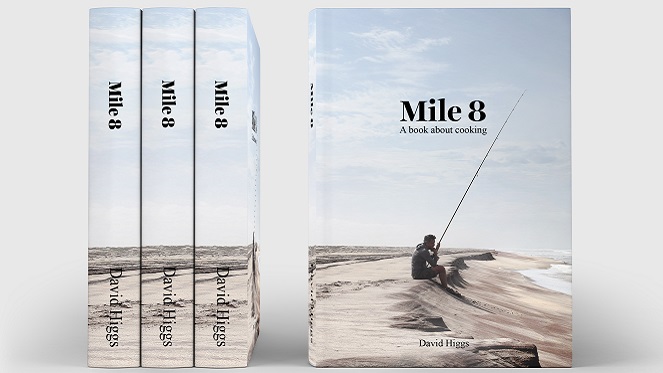 Originating from the Swakopmund Post Office and running north for 108 miles, Namibia’s coast is dotted with mile markers. Weathered painted stones whose numbers have grown rich with meaning and legend and are now inseparable from the places they signify.

David, co-owner of Marble restaurant, celebrated chef and co-presenter of My Kitchen Rules, grew up along this coastline. Mile 8 dives into the details behind the dishes that made David Higgs who he is today: From the story behind catching his first fish to the perfect snoek and apricot recipe, Mile 8 is testament of a man who waded through it all to rise to the top.  Moving to Joburg to tackle his dreams, Mile 8 tells about David’s humble beginnings in Walvis Bay to the cowboy kitchens of Cape Town in the 90’s. The book also touches on his time  to the heart of South Africa’s lush winelands, and culminating at Marble, a culinary tour de force in the heart of Johannesburg.

With over 90 dishes and 150 recipes influenced by the journey of Higgs’ career, Mile 8 is a culinary adventure bringing together the unique and interesting flavours of Southern Africa. Impala Tartare, Amadumbe & Chakalaka, and his version of the classic Malva Pudding are just some of the delights to be found in this wonderfully illustrated book.

Mile 8 will be available from leading national book retailers from October 2018 and will be priced at approximately R550. Pre-orders of a minimum of 10 copies can be made via the Marble website – www.marble.restaurant – for the special price of R450.

What Is It? Here is an opportunity for you to find out what your DNA lineage is and find out......