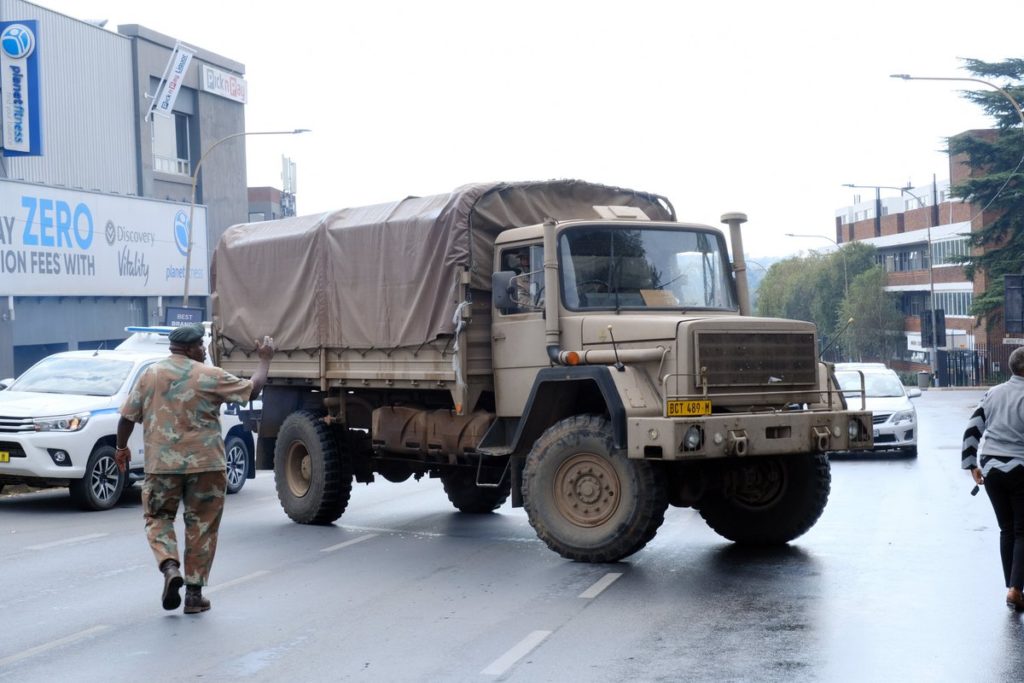 Lockdown imminent? Confirmed sightings of soldiers in Gauteng have forced SANDF to reveal details about the part they’ll be playing to fight coronavirus.

SANDF has released a brief statement via their social media channels on Monday, as South Africa inches closer to a form of lockdown. President Cyril Ramaphosa will fully outline the situation in an address scheduled to be delivered later this evening, as stricter measures are taken to battle against coronavirus.

SANDF seen on the streets of South Africa

Earlier on Monday, forces were seen occupying barracks in Rosebank, Gauteng. The province is the epicentre of South Africa’s growing coronavirus crisis, where there have been 207 confirmed cases up until now. There are 402 confirmed cases nationwide.

On the evening of Sunday 22 March, a voice memo that was supposedly intended for internal SANDF use, was widely circulated. In the unverified message it was declared that all SANDF staff leave would be immediately cancelled, and that the army would mobilise to change its status from a peace-keeper to a “war-ready” force.

Speaking earlier, SANDF explained what their role would be on the streets: They deny that this is a “deployment”, but went on to explain they are simply being “mobilised” to help SAPS with their operations:

Nothing to worry about?

SANDF’s plea for calm heads is echoed by the experts, and some sources are claiming that every province in the country is set to feel some sort of military presence over the next few days:

Do not panic. This was expected, based on the news from yesterday about the SANDF is placing one company of troops on standby in each province and two in Gauteng, but they’re there to support the SAPS. Stay calm, wait for the president’s announcement, and don’t rush to the shops. https://t.co/vUHWRTChII

Wire service, REUTERS, reports that the SANDF is preparing to deploy in each of the nine provinces in the country as efforts continue to slow the spread of the coronavirus in South Africa. South Africa has reported a sharp jump in confirmed coronavirus cases to 402. #sabcnews

Eskom says visitors must declare whether they have been exposed to coronavirus. If so, they will not be permitted inside......